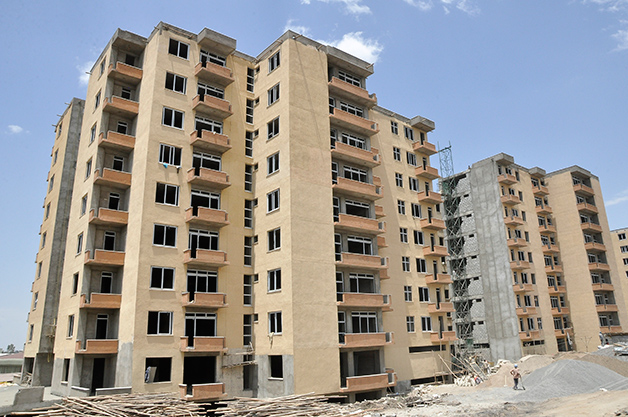 The prices of the 972 houses that were recently transferred to the lucky winners of the 40/60 condo system is set to increase by upto124,000 birr. This price is added by Commercial Bank Of Ethiopia (CBE) claiming the additional cost is just an interest rate payment.
The interest rate increment expects two-bedroom buyers to add 91, 470 birr and three and four bedroom buyers to add 110, 650 and 124,000 birr respectively on the total prices that they’ve paid for the houses. These condos are located in Senga Terra and Crown sites.
Previously Addis Ababa Saving Houses Development Enterprise (ASHDE) had raised the prices for the condos from 3,200, birr to 4,918 birr per square meter which made 124sqm two-bedroom cost 609.8 thousand birr, a 150sqm three-bedroom 737.7 thousand birr and a 168sqm four-bedroom cost 826.2 thousand birr.
Now CBE has informed winners that they have to add the interest rate amount from the previously increased value, raising the price for the two-bedroom condos to 701,270 birr, for the three-bedroom condos to 847,650 and for the four-bedroom condos to 950,000birr.
Buyers do not agree with the decision of CBE to add interest rates on the total prices of the houses.
One winner of a four bedroom condo who asked for anonymity told capital that the addition of the interest rate is not what he expected from the bank.
“When the 40/60 scheme launched I immediately deposited the full price in the bank. I did not borrow money from CBE, but the bank expects me to pay interest rates. Spending nearly a million birr for a house is not in consideration of my budget,” the person stated
Belehu Takele, Communication Head of CBE told Capital that buyers had agreed to pay interest rate when the 40/60 condominium registration began.
‘’ It is clearly stated in their bank saving book that the buyers will pay interest rate when they get their homes. The recently transferred houses were scheduled to finish in two years but were completed in four. We make buyers pay only for the two years and the ASHDE will cover for the remaining two years,” he stated.
Capital also asked why buyers are required to pay a 7.5 percent interest rate if they have deposited the full payment.
‘’ The enterprise borrowed money from CBE for the construction of these houses and agreed to pay the money in a time frame of 17 years. It was also agreed on paper that if buyers win the lottery they’ll pay two years interest. ,’’ he said.
Currently over 38,000 40/60 condos are under construction and 20,000 will be completed in the next Ethiopian year. More than 139,000 people are on the waiting list for these houses. 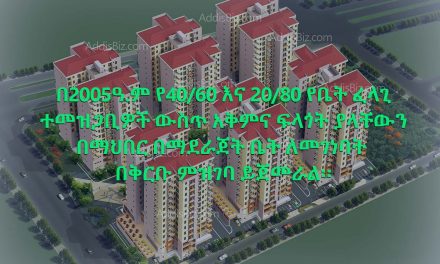 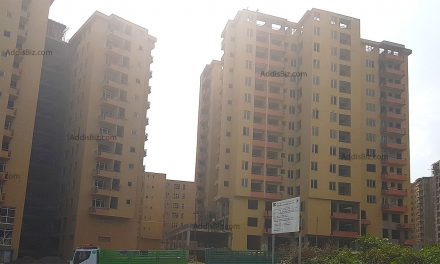