Haile Hotels & Resorts is in the final stages of finishing its sixth resort, this one in Gonder, after spending 15 million Br to renovate Landmark Hotel.

Haile Resorts Gonder is expected to be operational in December of this year after a lease agreement entered with Nega Addisu, owner of Landmark Hotel, becomes effective next month. Haile Hotels signed a five-year deal with Landmark with a renewal option that could extend the lease up to 15 years.

The three-star Landmark Hotel was initially built in 2005 for 80 million Br. Located at the bottom of the hillside of Genet Terara, the gateway to Asmera, it sits on a 2,116sqm plot.

The renovation will raise the number of beds from 56 to 66 and the capacity of the multi-purpose hall from 90 to 200. New facilities to be added include a swimming pool, health care facilities, children’s playground and a shopping centre. The hotel already hosts a restaurant, cafeteria, a private dining room with capacity to seat 20 people and a nightclub.

Keeping all 102 staff working at the hotel is also part of the agreement, according to Nega.

“The resort, after the expansion and renovation, will become a four-star hotel,” said Melkamu Mekonnen, director at Haile Hotels & Resorts.

Haile Hotels & Resorts decided to initiate the lease agreement as it was a more effective way to address tourism in the northern parts of the country, according to the director. It is also the company’s vision to increase their brand of hotels and resorts in the country to 20 in the next five years.

Nega, an architect by profession, built the hotel in Gonder with the intention of leaving his mark on the tourism industry of the city. One of his longterm visions is to develop a hotel with a revolving restaurant and cable car.

“The hotel business will be effective when managed by professionals, and I am glad the hotel is to be administered by the company of the renowned athlete Haile G. Selassie,” said Nega.

Haile Hotel Adama and Haile Palace Addis Abeba are projects in the pipeline, while a hotel project in Debre Berhan and resort projects in Konso and Wolayta Sodo are also underway.

The expansion of Haile Resorts and Hotels in Northern Ethiopia is essential as it increases the capacity of tourist accommodation and image building for the tourism industry, according to Gezahegn Abate, corporate communications director at the Ministry of Culture & Tourism.

In 2014 a total of 770,428 tourists visited Ethiopia, enabling the country to earn 2.8 billion dollars. The tourist flow climbed to 933,000 last fiscal year and generated 3.5 billion dollars in revenue.

Getahun Yewendatir, managing director for Element Hospitality Management & Consultancy, who has worked in the industry for nearly a decade, supports the expansion as he believes it is hard to build hospitality establishments from scratch at every tourist destination.

“It is a wise move as it is a win-win business solution,” said Getahun. 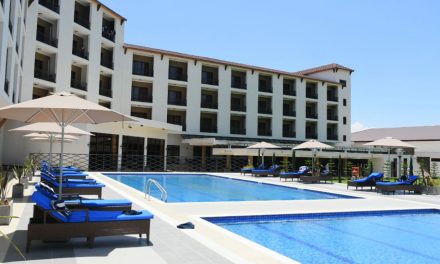