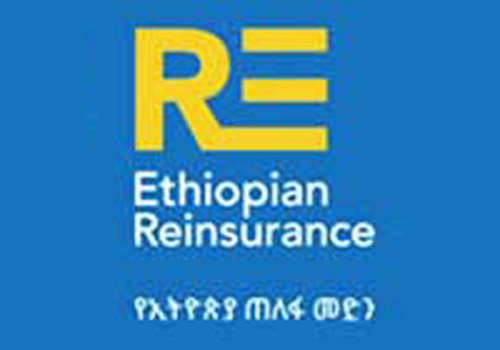 Since the firm first joined the insurance industry in July 2016, Ethio-Re made the highest stride in increasing its net profit by 70.2pc to 133.8 million Br.

Operations, as well as investments made in time deposits, equity shares and bond purchases, positively contributed to the profit growth of the firm, according to Fikru Tsegaye, business development & corporate affairs manager of Ethio-Re, which has 105 shareholders including insurance firms, banks, individuals and labour unions.

Gross underwriting premium also shows a 5.6pc increase to 698.7 million Br. Out of which, 110.7 million Br was transferred as retrocession, which went up by 51.8pc. Increase in retrocession was accompanied by the 1.8pc decline in the level of claims paid and provided for to 329 million Br.

Reductions in claims were achieved due to underwriting measures, and appropriate risk assessment and management practices in the insurance companies Ethio-Re has reinsured, according to Fikru.

The growth of cedant acquisition costs of Ethio-Re had been rising for two consecutive years, according to the expert.

Fikru does not find the cost increase concerning, attributing it to the rise in the commission paid to the insurance companies that resulted from the growth of the industry.

Fikru also says that the year was productive since the company was allowed to work with COMESA member countries, particularly in the East Africa region, including Kenya. In previous years, it was only allowed to operate in the local market.

“Over the past three years since its establishment, Ethio-Re saved more than 60 million dollars in foreign exchange bleeding,” Fikru asserted. “We also helped develop local capacity for risk shouldering.”

To strengthen Ethio-Re’s business base, the central bank has ordered the 17 insurance firms to transfer five percent of all insurance policies to Ethio-Re, including 25pc of treaty sessions, policy coverage assigned to other reinsurers.

Reinforcing relationships with business partners and shareholders to cultivate and maintain strong relationships was the major focus area of the board of directors in the reporting period, according to Hailemariam Assefa, board chairperson of the company.

The company’s total assets increased by 42.1pc exceeding 1.6 billion Br, and its assets from its long-term insurance business represented 7.3pc.

Liquidity analysis shows that the liquidity level of Ethiopian Re went down. It’s cash, and bank balances decreased by 54pc to 109.1 million Br, while the ratio of cash and bank balances to total assets dropped to 6.7pc from 20.8pc.

“Despite the reduction, the liquidity level of Ethio-Re is at an ideal level,” the expert observed.

Ethio-Re could also manage to raise its paid-up capital by 16.9pc to 607.2 million Br. The capital and non-distributable reserves of the company accounted for close to 39.4pc of its total assets.

Endalkachew Zelekew, a shareholder of Ethio-Re and executive officer of the underwriting and reinsurance department at Tsehay Insurance, says that even though the performance of the company has improved, it does not match with the initial expectation of the shareholders.

He also says that the firm’s limited investment in time deposits was acceptable since it is a recently established company.

“However, huge capital investments in other areas such as fixed asset acquisitions might not be advisable at such an early stage,” he said.