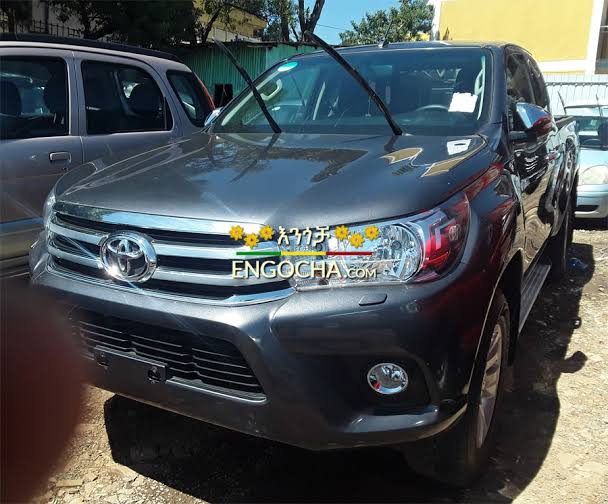 New and controversial Excise Tax Amendment bill which has been forwarded to the Budget Affairs Standing Committee of the House of Peoples’ Representatives (HPR) is said to see further changes this week, especially regarding new imported vehicles, cigarettes and bottled water.

According to the new changes to be introduced to the amendment, an excise tax levy which was proposed on imported new vehicles (cars with production dates not exceeding two years) and with engine capacity of 1300 horsepower and less was to be reduced from 30 percent down to 5 percent, according significant cost advantage to local car assembles and new car importers.

While the news headline regarding the new excise tax amendment was dominated by the proposed levy on imported secondhand vehicles which went as high as 500 percent on vehicles aged 7 years and above, and having 1800 horsepower, the excise levy imposed on the opposite end—new cars with engine capacity not exceeding two years—which was to be 30 percent largely unchanged from the original proclamation has received very less attention.

As most imported secondhand cars experience jump in the excise tax rate they have to face, from where it was at 30 percent to between 8o to 500 percent, the excise levy on imported new cards either in SKD, CDK or CBU forms remained largely stable at 30 percent.

In fact, the excise tax amendment was not that much impressive for many car assemblers in terms of reducing their tax burden but generally supported the changes since it will raise the price imported used cars, thereby opening up the market for further competition.  As far as Eyobe Tekalegn (PhD), State Minister of Finance, the sponsor of the draft bill, the reduction of excise rate to 5 percent might bring about price reduction of 200,000 to 250,000 birr/vehicle.

Although these figures are to be yet worked out by the industry players, multiple car assembly leaders interviewed for similar story two weeks ago, underlined the importance of attaining bigger sales volumes, which is curtailed by severe foreign exchange shortage in the country, than receiving any tax reduction. In fact, the time one CEO argued that attaining the installed capacity of the assembly he leads might just lead to some 25 percent reduction in the average sales price of the products.

The Minister as well seems to be mindful of the conundrum and told journalists yesterday that the reduction of excise levies from 30 to five percent might be a good relief for prices in medium and short term, but admits that the solution is highly short term until companies start to exploit their installed capacity. On top of that, Eyob is convinced that most of cars imported to the country are 8 years and above, making the Ethiopia the dumping ground of old and secondhand cars; and he argues “this has to stop”.

On the other hand, the tax levy on bottled water was made to recline further with 15 percent rate going down to 10, following uproar by the stakeholders that water is very basic and should bit be taxed. He however, noted that the shift is not the first and certainly will not be the last. Furthermore, the new proposed changes to the amendment include slight increase on the excise levy imposed on cigarette and alcohol. In fact, alcohols’ excise has not really changed significantly but said to have the possibility for the future.

In office located around sidit kilo, Eyob also addressed some misleading statements regarding the amendment process and dismissed any statements portraying amendment as new form of fattening the coffers of the government. According to Eyob, there also no new excise levies on basic consumer goods such as sugar, salt and edible oil. In fact, in the case of sugar, Eyob said that new bill will bring down 30 percent rate to 20. Nevertheless, there is slight bump on the industrial raw material oil, which is hazardous for health. 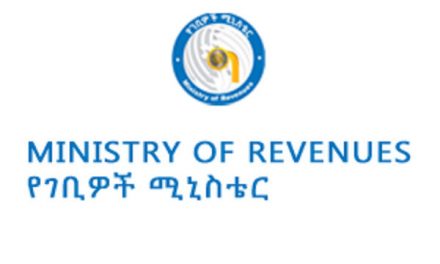 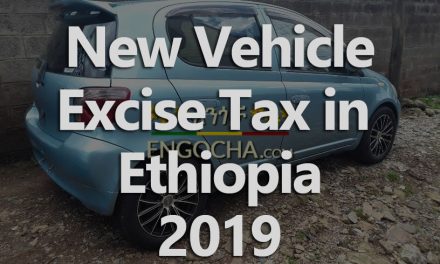 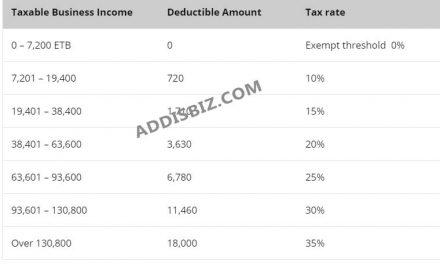 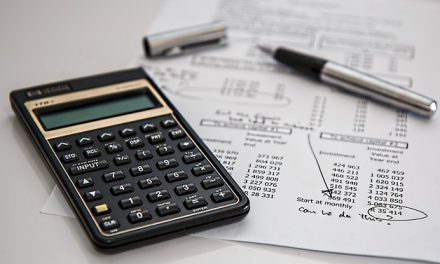