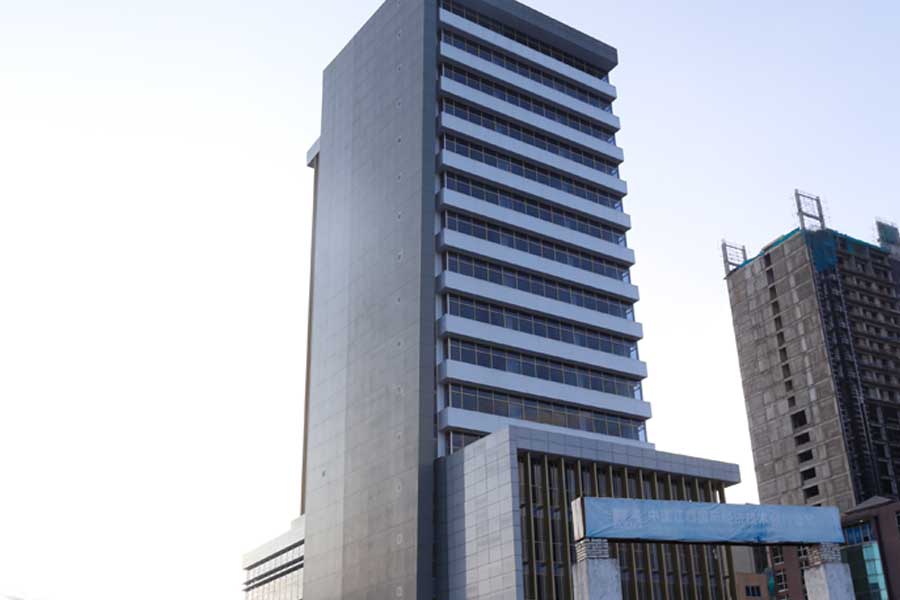 The private employees’ pension fund agency is set to move to its new headquarters that was built for 682 million Br in the capital’s neighbourhood of Megenagna.

The Private Organisations, Employees & Social Security Agency, which has been paying three million Birr in rent annually for its current premises, is scheduled to move to the new building next month.

Built by a Chinese firm, the building has 15 storeys, three basement levels and rests on 1,400Sqm out of a total plot size of 2,4000Sqm. The building located behind Hidassie Building of the Commercial Bank of Ethiopia (CBE) has two meeting venues, one of which has the capacity to accommodate 1,000 attendees at any given time. The second can accommodate 150 people.

China Jiangxi Corporation for International Economic & Technical Cooperation secured the project after winning a bid that was announced four years ago. The Chinese firm previously constructed the headquarters of Wegagen Bank and the Equatorial Guinea Embassy in Addis Abeba.

Dunya Consulting, Architects & Engineering Plc designed the building and supervised the construction after winning a bid on July 15, 2015. Designing the Nib Insurance head office for 2.5 million Br, Dunya was paid 353,280 Br for the design and is supervising other work for a monthly contract of 57,212 Br.

The decade-old Agency, which reports to the Ministry of Labour & Social Affairs, operates a total of 50 offices. It has a presence across nine regional states in Hawassa, Jimma, Nekemete, Meqelle, Kombolcha, Bahir Dar, Adama, Fiche and Bishoftu.

The project was delayed by a year due to electric power interruptions and a lack of foreign currency to import equipment, according to Yadessa Bahiru, the project manager under the Agency, which has 1.6 million pensioners working at 201,000 private organisations.

Zelalem Bayu, the Agency’s public relations and communications expert, said the Agency is planning to generate revenues by renting some of the space in the building.

Abebe Dinku (Prof.), a civil engineer and a lecturer at Addis Abeba University, says that the age to retire in Ethiopia is early compared to other countries, and the Agency needs to work on other sources of revenue.

“The Agency paid its employees from the pension collected and also covers the cost of the buildings from this,” he said. “To balance this, it needs to explore additional income-generating options.”

It collects funds where employers contribute 11pc and employees chip in seven percent of salaries, making the total contribution for pensions 18pc of gross salaries every month. Until the end of the last fiscal year, more than 30,000 pensioners received their pension from the Agency.

The Agency usually buys treasury bills from the National Bank of Ethiopia with a maturity date of 91 days. By the end of the 2018/19 fiscal year, the Agency purchased a total of 31.8 billion Br worth of treasury bills, of which 16.6 billion Br is outstanding.

The Agency has already floated a tender to hire consultants that are going to design the two buildings in Bahir Dar and Meqelle, according to Zelalem.

“We plan to construct buildings across all the regional states,” he said.