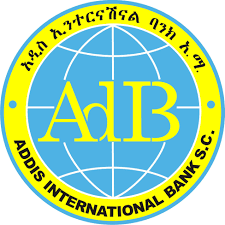 The latest performance is a major set back for the six-year-old Bank, whose profit was increasing by 100pc annually for five years since 2011.

But, the earnings per share (EPS) – the amount that goes into the pockets of shareholders- have gone down to 164 Br from 193 Br- the lowest in four years.

The decline is justified by an 18pc growth in paid-up capital to 690.2 million Br- helping the Bank to achieve a capital adequacy ratio of 39pc.

This shows that Addis is a highly capitalised bank, according to Abdulmenan Mohammed, a financial expert and auditor with 15 years of experience in the UK and Ethiopia.

However, the Bank’s shareholders return is at a worrying stage for him, despite the strong capital.

“It is not good news for the shareholders whose dividend has been dwindling,” he said. “Addis should employ its capital to increase shareholders’ returns.”

Nonetheless, Addis, which is mostly owned by cooperatives and unions, registered a better EPS compared to its nearest competitor, Enat Bank. Established in 2013, Enat reported an EPS of 149 Br in the past fiscal year while recording a net profit of close to 100 million Br.

Yihun Belay, who is amongst 9,171 shareholders of Addis, found the drop in EPS reasonable.

“Although our return is declining continuously, I am happy to invest in a company with a better prospect and capital,” said Yihun, who owns 100,000 worth of shares. “I expect a better return in the year ahead as we are expanding swiftly throughout the country.”

“The surge in expenses to open branches coupled with the growth in earnings per share contributed to the slump in return to shareholders and retarded profit growth,” said Hailu.

Addis opened 12 branches in the past budget year while relocating two offices for convenience.

The growth in profit after tax has been driven by a considerable increase in total income. Interest on loans and investments in NBE bills has increased by 33pc to 199.77 million Br and service charges, and commissions have gone up by 22pc to 144.53 million Br.

In spite of the ongoing forex shortage in the country, the income from foreign exchange dealings has also surged by 24pc to 30.6 million Br.

Nonetheless, the expenses of Addis have increased massively, despite showing such a huge growth in revenues.

Interest paid on deposits has increased by 40pc to 88.2 million Br, salaries and benefits have gone up by 63pc to 77.53 million Br and general administration expenses have also soared by 29.5pc to 87 million Br.

“Such rate of expansion of expenses is much higher than the increase in revenues. Thus, the management of Addis should keep an eye on expenses,” said Abdulmenan.

The Bank’s board Chairperson, Hailemelekot Teklegiorgis, attributed the swell in expenditure to the branch expansion, growth in human resources and a soar in rent.

“We cannot control such expenses,” said Hailu, the president, citing the case of the rise in salaries and benefits that have resulted in a drop in staff turnover by half to below 10pc.

The total assets of Addis have increased significantly. They have shot up by 39pc to 3.4 billion Br mainly owing to the growth in loans, which has risen by 49pc to 1.5 billion Br in the past fiscal year. This has resulted in a two percentage point increase in loan to deposit ratio, indicating that the Bank is earning more from its deposits compared to the preceding fiscal year.

“Being close to the industry average of 70pc, the ratio is reasonably good,” he said.