Eden Business Group has announced the expansion of its water bottling capacity by three-fold at a cost of 80 million Br, raising its capacity to produce 34,000 bottled water per hour in its plant in Welqite, 200km south of Addis Abeba.

The Group claims it is now the second biggest producer of bottled water next to Yes Brands Food & Beverages Plc, whose production capacity is 47pc higher than of Eden.

The expansion project was originally planned to start two years ago. However, it was delayed due to several reasons including a shortage of foreign currency.

“It took us more than seven months to secure forex from the banks,” said a senior executive at Eden.

Last year, the forex crunch that hit the nation prevented businesses from reaching their targeted growth. The amount of foreign exchange traded in 2016 declined by 13pc to below 13 million dollars. Prime Minister Hailemariam Desalegn mentioned a few weeks ago that the problem would persist for the next 15 to 20 years.

The expansion project was completed weeks after the group reported its latest performance to shareholders in a meeting held at Intercontinental Hotel.

The Group declared a net profit of 18.6 million Br during the recently ended fiscal year, 13.5pc less than the profit registered in 2014/15.

Many factors contributed to the reduction in profit, including a rise in operating costs such as staff and general administration expenses, and a modest growth in income.

The company’s income increased by 9.7pc to 37.4 million Br while general and administration expenses grew by 24pc to a little over 15.5 million Br. Salaries and benefits account for a quarter of the company’s expenses.

Soaring transportation costs and a surge in salary and benefits were the major reasons for the increase in general and administration expenses, according to the report by Eden’s Board of Directors.

“We have hired new employees to be ready for the expansion,” said a senior executive who work at Eden. Since the beginning of the recently ended fiscal year, the company has doubled its employees to 200.

Eden’s income statements reveal that it sold over 133.7 million Br of packaged water, an increase of 6.7pc. It spent 98.7 million Br on cost of sales, which is three percent higher than 2014/15.

Founded a decade ago by over 1,000 shareholders, Eden currently has more than 2,600 shareholders.  The bottling water industry started in early 2000’s when the first bottled water company, Highland Spring Water, was established. Currently, there are more than 50 licensed water bottling companies throughout the country with a major focus on urban areas.

“The increase in urbanization helped the bottling industry to grow,” said an expert who has been in the industry for the past decade. 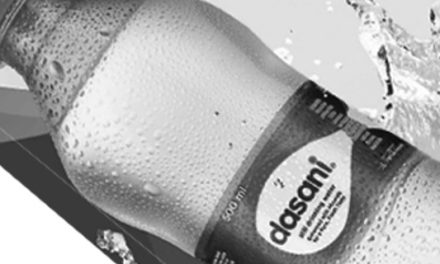