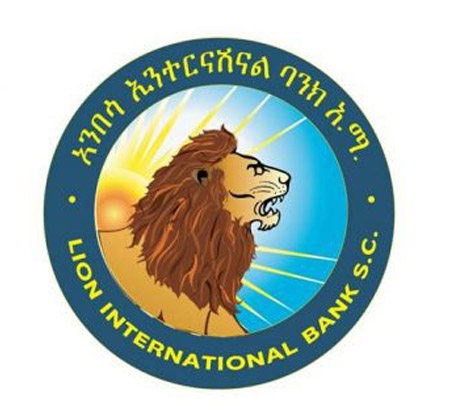 The announcement was made during the general assembly held at Sheraton Addis Hotel two weeks ago in the presence of its shareholders, board of directors and management of the Bank.

It registered a three percent profit growth of 268.4 million Br- nine times lower than what was recorded in the 2015/16 fiscal year. The Bank’s earnings per share (EPS) have also plummeted by four Birr to just about eight Birr, but it is still higher than the industry’s average.

The Bank’s management attributed the slow growth in profit and decrease in EPS to the forex crisis that has engulfed the country for the past two years.

“It is out of control,” said Getachew Solomon, president of the Bank.

Tassew Woldehanna (Prof), the board chairperson of the Bank, shares the president’s view.

“With the forex shortage prevailing in the country, keeping up with last year’s success was very difficult,” he said.

Income from foreign exchange dealings has plunged by 54pc to 51.11 million Br. LIB was hit by a constant decline in forex dealings’ income between 2011 and 2014 due to stiff competition. But, between 2015 and 2016, LIB had reversed the trend and banked a significant income, reaching 100 million Br in the 2015/16 fiscal year.

“Last year’s decrement is shocking,” said Abdulmenan Mohammed, an audit and financial analyst with 15 years of experiences in UK and Ethiopia.

A closer look at the financial statement of Lion reveals that it reported a mixed performance in the past fiscal year.

Even though interest on loans, advances and National Bank of Ethiopia (NBE) bonds have soared, income from foreign exchange dealings, commissions and service charges have gone down noticeably; interest income has increased by 45pc to 763.61 million Br.

“This is impressive,” said Abdulmenan.

Contrastingly, commissions, service charges and other incomes have also gone down by 11.3pc to 227.95 million Br.

The increase in income has been followed by a massive expansion in expense.

Interest on deposits has increased by 42pc to almost a quarter of a billion Birr. Employees’ salaries and benefits have gone up by 26pc to  251.3 million Br and general administrative expenses have increased by 26.86pc to 173.46 million Br.

The immense branch expansion policy of the Bank is a major cause of the surge in expense in the past fiscal year. The 11-year-old Bank opened 30 branches last year, pushing its total number to 150.

Despite the increase in expenditure on items, provision for doubtful loans and other debts has declined by 32pc to 26.27 million Br in the past fiscal year. The reduction in the amount of loans and advances that have gone sour is a good improvement, according to Abdulmenan. LIB was hit by massive bad loans and advances in 2015 and 2016.

Glancing at its loan book, LIB disbursed loans and advances worth 5.5 billion Br- a 27pc increase, whereas the total deposits mobilised by Lion have gone up by 39pc to 8.7 billion Br, resulting in a loan to deposits ratio of 68pc. The ratio is lower than the industry average of 70pc. It indicates that the Bank is not earning well from its deposits.

Abdulmenan is disappointed by these figures.

Having a market share of close to five percent, Lion is one of ten small-sized banks with an asset of 11 billion Br.