Ethiopian Airlines (ET) has announced a USD 233 million or 6.87 billion birr net profit in the 2017/18 budget year, a significant growth in terms of birr.  When reviewing the annual performance report Tewolde Gebremariam, CEO of the Ethiopian Airlines Group, and his team stated that the airlines registered massive achievements in the past budget year by transporting over 10 million passengers. According to the CEO, it was not an easy year for the business. “The price hike of oil affected our costs. Oil was about 40 percent of our expenses,” he said.  Instability in some destinations like West Africa, East Africa and the Middle East were also challenging for them. He also stated that the protectionist policy followed by threats of a trade war between China, the US and Europe affects rapid growing globalization which may put a dent in the industry.
There have been more non-African airlines flying to African cities which cause more competition.
“We are taking advantage of the opportunities that come and has enabled us to register high performance for the year,” he said.
The number of available seats per km has increased by 18 percent compared with the preceding year. Even though Ethiopia’s export was lower, the available freight per ton of km has increased by 16 percent.
During the 2017/18 budget year aviation added 14 new aircraft, which means more than one aircraft per month and 8 new international destinations included during the period meaning Ethiopian has reached 116 cities. The number of local flights has also increased by two reaching 21, which is one of the largest networks in Africa.
The number of passengers carried grew by 21 percent topping the 10 million mark for the first time in the airline’s history and reaching 10.6 million passengers with a 21 percent growth.
According to the statement that ET sent, freight carried grew by 18 percent from the previous fiscal year to attain 400,339 tons.
Due to the 15 percent devaluation the operating revenue grew by 43 percent from the previous fiscal year to culminate at 89.1 billion Ethiopian birr. The net profit stood at 6.8 billion birr. In terms of USD the net profit is USD 3.1 million.
In the 2016/17 budget year the net profit was USD 229 million, while it reached USD 233 million for the past year.
During the fiscal year, the airline was given for the first time in its history a 4 Star rating by SKYTRAX, the leading customer service rating organization in the airline industry, putting it on par with other global airlines. SKYRAX also recognized Ethiopian as Best Airline in Africa; Best Business Class in Africa and Best Economy Class in Africa.
Ethiopian reached and passed the 100th aircraft in service milestone during the year, becoming the first African airline in history to do so. Currently the total operating fleet has reached at 108 airplanes and there are 65 more on order.
Tewolde said that the flight to Asmera is an opportunity for the carrier. He said that besides reducing the fuel cost for the flights in the Middle East and Europe the flight to Asmera is very busy since it is connecting the capital of Eritrea with the rest of the world. For the last 20 years ET has been forced to fly to the Middle East, for some destinations in Arab countries and Europe via Sudan and Djibouti because Eritrea airspace was closed.
ET has also announced that it has agreed with Guinea and Chad to take 49 percent and 45 percent shares of their national carrier and manage the operation. It has also reached an agreement with some other African countries to manage the service inside their country and undertake the management of their operation. 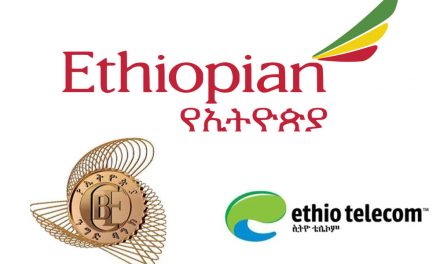