Bereket Simon, chairman of board of directors of Commercial Bank of Ethiopia (CBE), is due to hand over his position to Yinager Dessie (PhD), Commissioner of the National Planning Commission.

A letter signed by Sintayehu Woldemichael (PhD), director of Public Financial Institutions Supervisory Agency, on Thursday October 11, 2017, notified Bereket of the termination of his tenure as CBE’s board, leaving out the reason for his replacement.

Bereket will handover his chairmanship to his successor on October 30, 2017.

CBE’s board of directors has eight members. Personalities like Abay Tsehaye, the recently deceased Wolday Amha (PhD), and the former procurement head of the Ministry of Finance and Economic Cooperation, Getachew Negera, had served at CBE’s board at different times. It is to be remembered that Getachew Negera has been detained in relation to the recent corruption crackdown.

Among the veteran EPRDF leadership, Bereket Simon is currently the deputy director of the Ethiopian Policy Research Center. Previously, he held different positions in the government including Minister of Information and the first head of the Government’s Communications Affairs Office.

Yinager is expected to assume his chairmanship starting November 1, 2017.

Yinager, former State Minister of Foreign Affairs, is currently serving as a board chairman of the Ethiopian Commodities Exchange (ECX) and is member of the board of Ethiopian Hotels Share Company that controls Hilton Hotel Addis Ababa.

The Reporter’s efforts to reach both Bereket Simon and Yinager Dessie (PhD) have not been fruitful. Although reached by The Reporter, Sintayehu as well was not willing to comment on the development. 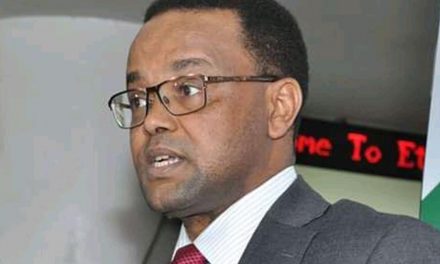