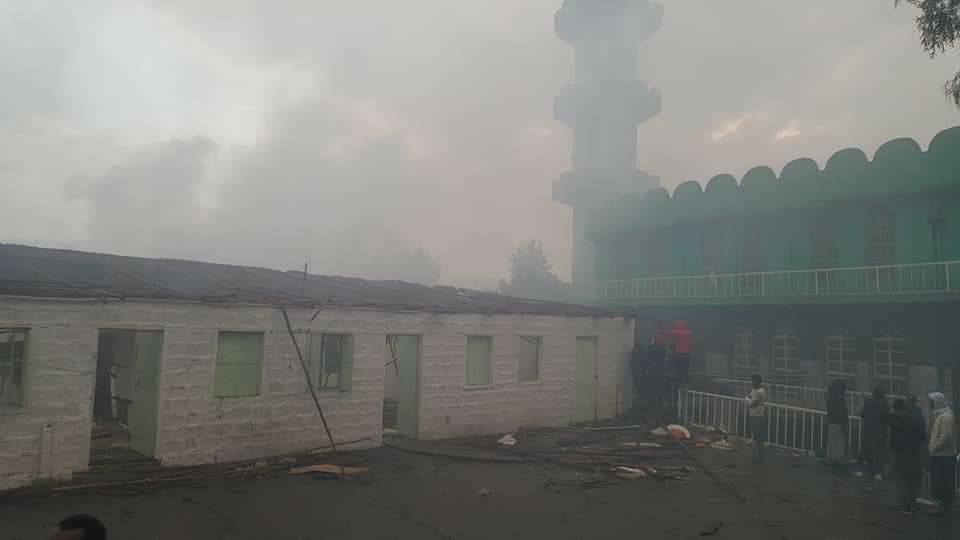 Fire destroys several business centers near the iconic Grand Anwar Mosque and the women madrasa of the mosque in AddisAbeba. The fire began after midnight & has damaged many electronics shops around it. The city’s fire department contained the fire before reaching the Mosque itself.

Prominent Islamic scholar Ustaz Abubeker Ahmed of the Ethiopian Muslim Arbitration Committee called for a swift investigation into the fire.