While technological breakthroughs were gradually being introduced to Ethiopia’s metropolitan areas, authorities have placed a major roadblock in this progress by threatening to issue a ban on a recently popularized call and text based transport operations in Addis Ababa, The Reporter has learnt.

The Addis Ababa Transport Authority has sparked controversy this past two weeks by threatening to issue a ban on rental transport service providers joining Ride–a call and SMS based technology operator–specifically on Toyota brand Corolla, Vitz, Yaris and Executive models together with the Chinese Lifan 520 and 530 Model vehicles not to operate as rental transportations for an indefinite period of time.

According to Samrawit Fikru, general manager of Hybrid Designs PLC, a software company behind Ride, a peer-to-peer ridesharing and taxi hailing cab service software application; the decision of the authority came at a time where many enthusiastic transporters were joining the platform. The ambiguous ban caused havoc in the smooth service and halted the booming operation not to mention the tarnished goodwill of the company, Samrawit told reporters on Friday.

Tolossa Deme, legal expert and lawyer also downplayed the actions of the administration saying there is no legal ground to ban and hunt down vehicles. Out of the 900 licensed rental service providers who joined Ride, majority of them were forced to seize operations. When found on the streets with stickers of Ride; they are fined. Daniel Blehu, one of the victims claimed he and 900 owners had joined the platform after careful considerations of the laws and provisions.

However, none of that stopped the authority from taking stiff measures against Ride and the operators.

Dawit Zeleke, the newly appointed general manager of the Addis Ababa Transport Authority, told The Reporter that both Ride and the operators have no legal ground to provide transportations and do business.

“They have no legal right to operate in the transport sector. Nor does Ride have legal entity to operate routes. We have checked the legality of Ride and we have learnt that it only has a license for software and application development. They don’t have a transport operator’s license,” Dawit argued.

Dawit further warned that the likes of Ride will be barred from operations since “they lack legal grounds”. He further stressed cab owners also refrain from joining the likes of Ride to provide transportation service.

Dawit openly said that meter taxi and regular taxi operators have complained against the platform saying the market has been abused by the code 3 transporters while taxi owners lingered to pay bank loans for the duty free imported vehicles they have purchased.

There appears to be contradiction between the issued letter and the statement made by Dawit. The letter dated October 18, 2011 mentioned that those vehicles which provide rental services with capacities below 1600cc are banned for indefinite period of time. But for Dawit, the code 3 vehicles are providing merely a taxi service without a proper license.

Samrawit and Tolossa countered stating that they are a technology platform and needless to obtain an operators’ license. Samrawit claimed that she has met Takele Uma, deputy mayor of Addis Ababa, to discuss the hurdles Ridetransport service has been facing over the days. She said that the deputy mayor commiserated with their situation and said that Ride is serving the public and creating jobs adding that the transport service operation should be left to the private sector.

Samrawit and her associates claimed that they have created jobs and a good number of youths have joined the platform until the ban was issued.

According to a customer, who opted for his name to be withheld, the actions of the Authority amounts to taking the city back 20 years. He said that the platform should have been made to be part of the existing laws or perhaps should be incorporated instead of chasing the techno-based operators out of the system just because the law didn’t say so.

However, Samrawit differs, and argues that Ride is a customized, technology-based transport platform. Just like Uber, Ride connects taxi operators or drivers to passengers. Unlike Uber, though, Ride joined the business as an SMS-based taxi hire platform in order to tap into Ethiopia’s large population that does not own Smartphone’s.

However, it was just a few days ago that Ride faced the authorities when the rental operators joined to swell the operation and threaten taxi service providers. Despite grumbles, the ill-fated Ride is expected to expand its reaches into buses and ambulance services. 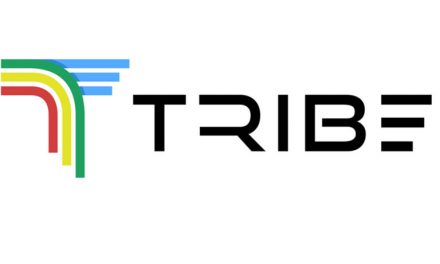 Tribe, a new transport hailing app to be launched in Ethiopia