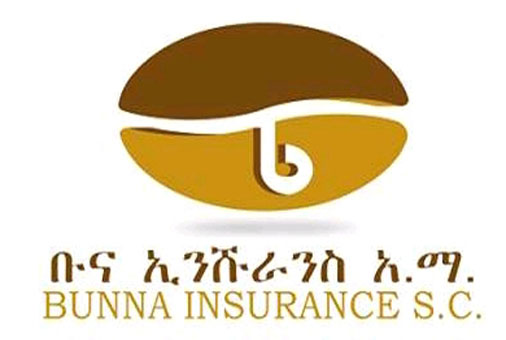 The late entrant to the private insurance industry, Bunna Insurance, recouped its accumulated losses it has recorded the first two year of its inception and started paying dividends to its shareholders.

In its recent report of the last financial year, Bunna’s after-tax profit climbed ten fold to reach 25.1 million Br. This led shareholders to enjoy 30pc earnings per share. The profit also enabled Bunna to have a positive reserve.

“As the loss of the firm was cleared,” comments Abdulmenan Mohammed, a financial statement analyst, “the shareholders of Bunna will enjoy a profit.”

Losses the firm experienced in the first two years of its operations had serious negative impacts on the performance of consecutive budget years, according to Zewdu Minas, board chairperson of the firm.

With the effort of the board and the management, the negative performance was reversed last year, according to the board chairperson.

“Our company has registered satisfactory and encouraging achievements notwithstanding a serious slowdown in business, declining premiums, increasing claims and other challenges,” said Zewdu.

Underwriting surplus was driven higher by an increase in gross premium, the retention rate and commission income coupled with stagnant claims.

Gross written premium increased by 24pc to 166.1 million Br. Of this figure, 42.2 million Br was ceded to reinsurers, leading the retention rate of Bunna to grow to 74.6pc from 65.4pc.

Despite the increase in retention rate, there is room for further improvements, according to Abdulmenan.

Dagnachew Mehari, CEO of the firm, attributed the increase in retention rate to the firm’s good bargaining and negotiation power with re-insurers.

The slowdown of the economy also has a reason for the retention rate growth of the firm, according to the CEO.

“Businesses who were coming to us were small, which we can insure” said Dagnachew. “Non-motor businesses were slow in the reported period.”

The other strong performance of the firm was reducing claim expenses. The total claims paid and provided for decreased by one percent to 66.02 million Br, while net earned premium increased by 41pc.

“This reveals that despite increased retention, claims were well-controlled,” comments Abdulmenan.

The 17 insurance companies, both state-owned and private, that operate in the country paid out 3.5 billion Br in claims in the reported period.

Paying claims on time has helped the firm to control claim expenses, according to Dagnachew.

“Delay in paying claims used to expose us for a price increase of spare parts and administrative expenses,” said Dagnachew.

Bunna’s earnings from commissions also increased by 43pc and reached 15.6 million Br. In turn, it paid 9.3 million Br in commissions to its agents, an increase of 16pc.

Increased income resulted in more expenses. Direct operating expenses increased by 37pc to 17.8 million Br, while general administrative and salaries and benefits went up by 53pc to 20.4 million Br.

“The pace of increase of expenses at Bunna is concerning,” commented Abdulmenan, “the management of Bunna should closely watch this area.”

Dagnachew argues that the company has managed to increase revenues investing on its staff.

“We have completed a new restructuring and raised the salaries of our employees,” Dagnachew said. “It was one of the factors for the growth of premium production.”

Liquidity analysis shows that the liquidity level of Bunna went up in value terms but slightly decreased in relative terms.

Still, the liquidity level at Bunna was reasonable, according to Abdulmenan.

Bunna, which was established in 2013 with 237 shareholders and 6.5 million Br in paid-up capital, increased its paid-up capital by 17pc to 91.9 million Br. The capital and none-distributable reserves of Bunna accounted for 27.1pc of its total assets.

“As Bunna is a highly-capitalised insurance company, it should use its strong capital base to increase its shareholders’ returns,” recommended Abdulmenan.