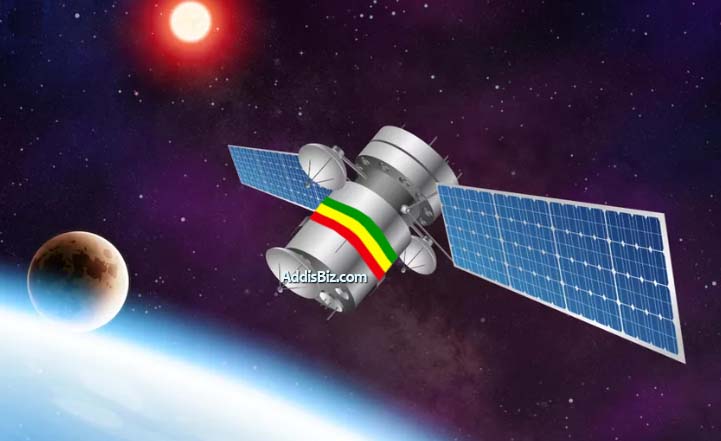 Ethiopia’s first satellite, EtRSS1 will be launched December 20 from China’s space station.
The satellite was manufactured in collaboration with the Chinese government and Ethiopian engineers in China. Ethiopian government officials and journalists will be heading to space station to witness the launching before decemeber 20.

According to the Ministry of Innovation and Technology of Ethiopia, Ethiopian engineers were trained in China on how to process data collected by the satellite.

It was stated that the satellite will be benefit’s Ethiopia agricultural and mining sectors since it is able to provide weather forecasting . .

Ethiopia aims to fully design, build and launch satellites by its own engineers and from Ethiopia withing four years time. The country might be able to serve other eastern African countries.