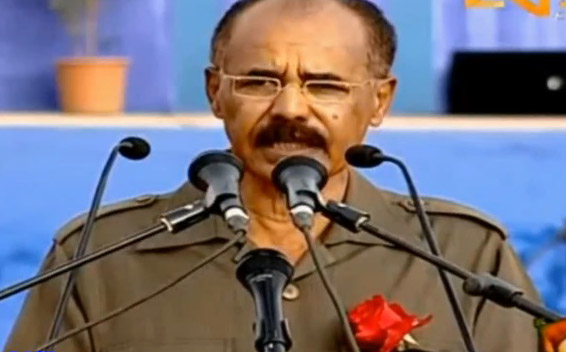 The Eritrean President Isaias Afwerki has reportedly announced today on the national Eri-TV his decision to send a delegation that will begin a “constructive dialogue” with Ethiopia.

“We will send a delegation to Addis Ababa to gauge current developments directly and in depth as well as to chart out a plan for continuous future action,” the president said.

The people of Ethiopia relish peace and harmony with their neighbor, Isaias said, adding that “there is nothing novel in this fact.”

“The positive signals issued in these past days can be seen as an expression of this popular choice. The complimentarity of both peoples and countries, their common bilateral interests and prosperity, are sacrosanct objectives,” the president stressed.

Eritrea’s Ambassador to Kenya Beyene Resom told the BBC about the announcement made by President Isaias.

The BBC surmised that this could be the beginning of the end of hostilities between the two countries.

It is to be recalled that the Executive Committee of EPRDF has recently issued a statement in which it declared its decision to fully accept and implement the full package of the Algiers Agreement to end the 20 years long “no war no peace” deadlock with neighboring Eritrea.