Zemen Bank has grown significantly this year. In the 2017/18 financial year the bank has earned 271 million birr in profits after tax which is an increase of five million birr compared with the 2016/17 financial year, meanwhile the gross profit before tax grew as well.
The bank’s gross revenue reached 1.1 billion birr which is an increase of 15 percent and its assets rose 27 percent to 12.4 billion birr.
Zemen Bank’s deposit mobilization, which is known for unique operations, grew by 28 percent to 10.2 billion birr from 8 billion birr a year ago. The bank’s lending rate grew by 25 percent. In the 2016/17 fiscal year loan rates were close to 4.2 billion birr, but now they have grown to 5.2 billion birr, a 25 percent increase. As is the case with loan trends in the financial sector manufacturing loans and advances took the highest percentage at one fourth, while imports, exports and domestic trade followed by 15.2 percent, 14.5 percent and 11.1 percent respectively.
Since the political and economic instability affected the country’s economy and exports foreign exchange inflow at Zemen has decreased slightly compared with the preceding period.
For the year the bank has generated USD 347 million, which was USD 360 million a year ago. The bank has also stated that it has provided foreign currency account service to 1,338 customers including the Diaspora, international organizations and investors.
The earning per share for the year stood at 28.6 percent, which was 38.6 percent a year ago.
The head quarter building construction located at the so called financial district around the National Bank of Ethiopia was 38 percent completed at the end of the fiscal year, while the structural work was accomplished by August. The 3B+G+32 building that has already become one of the top views in Addis should be completed by early 2020. Zemen has also celebrated its 10th anniversary. 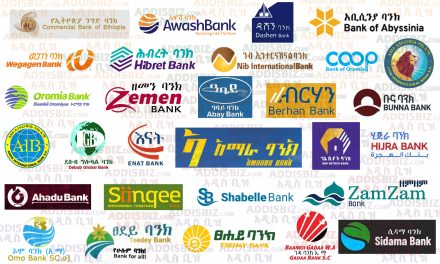