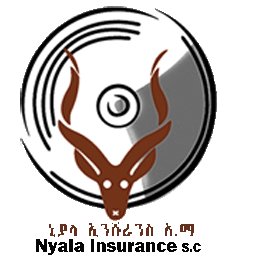 Nyala Insurance declared an outstanding performance with staggering net profit growth of 71pc to 122.2 million Br in the past fiscal year, an all-time high amongst all private insurers.

The swell in earnings helped the Insurer, whose market share stands at six percent in general insurance, take the lead in terms of profit from Awash Insurance, which has declared the third highest profit next to Nile Insurance.

Despite the stiff competition in the insurance industry where insurers tend to compete by cutting prices rather than introducing new products, paving the way for under-pricing of policyholders for the risks they insure, the Company has been able to grow remarkably.

The bulge in profits has, in turn, bumped up the earnings per share (EPS) from 359 Br to 539 Br, ranking amongst the top five in the insurance industry.

“Nyala’s shareholders must be pleased with such massive increase,” says Abdulmenan Mohammed, a financial expert with 15 years experience in UK and Ethiopia.

A considerable upswing in gross written premiums, unearned premiums transferred from the preceding year and decline in paid claims coupled with huge monies transferred from life funds have contributed for the staggering growth in profits, thereby return paid to shareholders.

Gross written premiums from both life and general insurance businesses have shown a nine percent growth to 436 million Br, the fourth highest among private insurers next to Awash, Africa and Nile, consecutively.

Nonetheless, its retention rate has declined by one percentage point to 66pc, showing that the Firm has transferred more premiums to reinsurers in the preceding fiscal year.

“As the rate is one of the lowest in the insurance industry, Nyala needs to consider increasing its retention rate to increase its net written premiums,” Abdulmenan posits.

The slight drop in retention rate earned the Firm a commission of 41.4 million Br, registering a three percent growth. But, the amount of claims paid to policyholders has declined by 10pc to 159 million Br, which is rare in the insurance industry where more than 10 insurers reported a hike in paid claims.

“Our policy of discouraging high-risk businesses by raising prices helped us reduce our claims,” said Tegegn.

Nyala has done very well in fetching more income from other investment.

Investments in saving accounts jacked the income by 41pc to 61.63 million Br, whereas dividends earned from its shares in Dashen Bank have increased by six percent to 26.89 million Br.

The addition of the 20.2 million Br earnings from life funds to the profit and loss account has also contributed to this year’s positive performance.

“The contribution of profit from life insurance, reported once every three years, was significant,” Tegegn says.

But, the rise in income was followed by an increase in expenses.

Salaries and benefits surged by 35pc to 67 million Br and general administration expenses have gone up by four percent to 36 million Br.

“Since there is much expansion in salaries and benefits, Nyala should set up an appropriate cost control mechanism,” said Abdulmenan.

Nyala, whose current paid-up capital stands at 259 million Br, has held a massive amount of liquid resources. Its cash and bank balances have increased by 23pc to 181.73 million Br, accounting for 15pc of total assets.

“Such level of liquidity is not only higher than other insurance companies but also more than Nyala’s operational needs,” Abdulmenan remarks.  “The management should channel the excess liquid resources into income generating activities.”