Mohammad Hussein al-Amoudi, an Ethiopian-born Saudi Arabian businessman and owner of MIDROC – a multinational investment company that has substantial interests in petroleum, agribusiness, property, industry and industrial services, engineering and construction, tourism and trade and investment – has been arrested over the weekend together with dozens of prominent officials and members of the royal family in Saudi Arabia for allegations of corruption.

Reliable sources told The Reporter that the business tycoon is currently detained at the Ritz Carlton in Riyadh and is in contact with one family member over the phone.

According to sources, Al-Amoudi, along with 11 princes and 38 current and former officials, who are also detained for alleged corruption, are in negotiations with the Anti-Corruption taskforce that is being led by Mohammed Bin Salman, crown prince of the oil-rich kingdom.

Officials of MIDROC, who were approached by The Reporter, said that they are not aware of the details of the negotiations, but said that they hope for a positive outcome.

Middle Eastern and Global Media outlets including The New York Times and Reuters reported on Sunday high-profile Saudi officials and businessmen were arrested for charges of “corruption”, following an investigation led by the Crown Prince Mohammed Bin Salman. 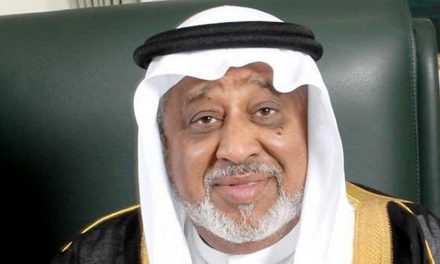