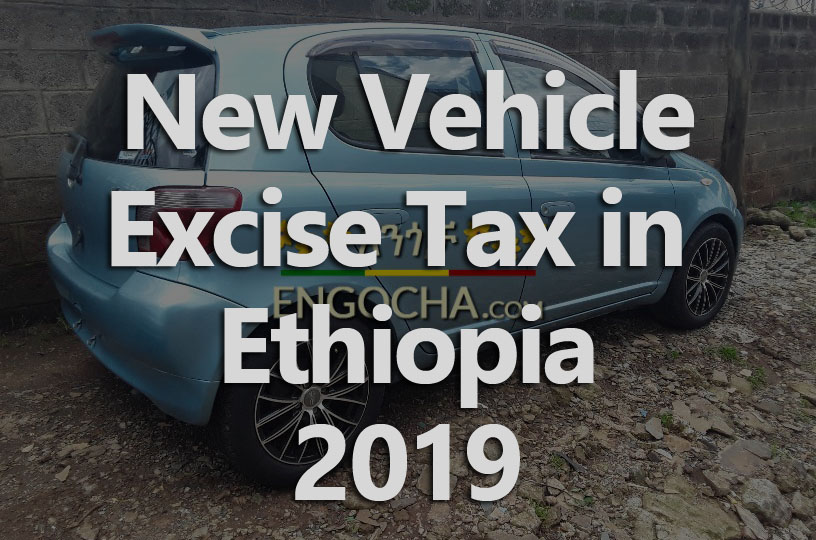 For the tax authority, which has been busy defending its excise tax revision to stakeholders and taxpayers, this week; the decision to levy progressive and prohibitive tax on the used car business in Ethiopia was one long overdue. Presented at one of the discussion platforms organized by the authority, a study, conducted by the authority, estimated that in Ethiopia, used cars consume on average 76 percent additional fuel than their counterparts. Furthermore, it established that 106 percent more is spent on used car maintenance compared to new ones, bringing the overall lifetime cost of the second-hand cars to be way higher than new cars.

The proposed amendment which is yet to be ratified by the Ethiopian parliament encompassed a wide range of locally manufactured and imported commodities; but few has grabbed the attention of the public and business community like the one proposed for the auto market. In a nutshell, the new excise tax schedule applicable to the automotive industry will be progressive with the age of vehicles and engine horse-power.

According to a local used car dealer, Solomon Dessie, within days of the announcement, the market has started to take a turn for the worst. “Although, the amendment will not take effect until the new batch of imports comes in, by my conservative estimates, the local market has already seen some 100,000 birr increment on some of the popular Toyota models,” he told The Reporter via phone interview. He argues that making significant price adjustments on the stock held before any potential shift in policy affecting the auto market, is a rather standard practice in Ethiopia.

Indeed the Ethiopian auto market is a highly speculative market; and to the great dismay of the consumer, many people stand to benefit from any potential shift in policy, even before it becomes applicable. “Currently, the markets has stabilized at a new height, which is 600,000 birr (USD 18, 927) for 2004 Toyota Vitz, 500,000 birr (USD 15, 772) for 2003 model of the same car and 480, 000 birr (USD 15 141) for earlier models like 2000 Toyota Vitz,” Solomon said arguing that there could be no telling how the market price would evolve once the amendment enters into force.

This market behavior is largely reinforced by a panicking buyer, Solomon explained. “If you look at the market this week, you observe a lot of panic buys; people who had long term plans are seen acting this week, fearing the worst is yet to come in terms of vehicle prices,” he asserted.

For the tax authority, which has been busy defending its excise tax revision to stakeholders and taxpayers, this week; the decision to levy progressive and prohibitive tax on the used car business in Ethiopia was one long overdue. Presented at one of the discussion platforms organized by the authority, a study, conducted by the authority, estimated that in Ethiopia, used cars consume on average 76 percent additional fuel than their counterparts. Furthermore, it established that 106 percent more is spent on used car maintenance compared to new cars, bringing the overall lifetime cost of the second-hand cars to be way higher than new cars.

From the automotive industry’s perspective, the Ethiopian government has been criticized for a longtime for not having a clear policy direction to guide the sector. Big global players like Volkswagen have even went further to come explore opportunities in Ethiopia, more than once, only to observe an industry with a lot of promise in terms of market potential but little by way of smart policy direction to transform that into a strong manufacturing sector.

Imported used cars have dominated the local automotive market for decades; in that, currently, the local auto market as well is ruled by used cars and with them, mushrooming brokers and commission agents add to the final selling price of the products. For instance, in 2016, the overall used cars imported and sold in the local market is around 28,020 as opposed to a meager 7,500 new cars. This figure (used car imports) goes even higher for Kenya, at 85, 000/year.

Interestingly enough, the used car market in Ethiopia has not thrived in the most conducive of environments and certainly the automotive tax structure has not been a friend of the used car market. To substantiate, it suffices to observe that imported used cars in Ethiopia face a range of tax types including Duty, Excise, Value Added, Sure and the like. Subject to 35 percent duty rate right off the boat, imported used vehicles had to pay excise tax levy (before amendment), from 30 percent to 100 percent depending on engine horse-power (also ranging from below 13oo horse-power to 1800 and above horse-power). On top of that, transaction tax (VAT) of 15 percent and Sur tax of 10 percent, had to be added to the local price of imported used cars. According to automotive promotion policy authored by Kinichi Ohno (PhD), industrial policy advisor who has worked with the Ethiopian government for many years, the tax rates applicable to small passenger vehicles (132 percent) as well as the high-end ones (256 percent) has been one of the highest in the world.

This, however, is not taking into account the exaggerated profit margins of import agents and the army of commission agents working tirelessly to push value of imported cars with the interest of maximizing their commissions. And so far, no meaningful governmental or consumer protection action has been taken to set the market conditions for the used cars market in Ethiopia, ergo the highly speculative nature of the market.

On the flip side, there are the handful local automotive makers trying to make it work in a market that is highly dominated by used cars and authoritative brokers and commission agents. Mintesnot Tadesse, Managing Director of Abay Technical Trading Sh. Co., assembler of Foton pick-up (called Tunland) and mini-buses (called View C20), says the recent excise tax amendment actually has no difference whatsoever in terms of the excise tax rates that assemblers in Ethiopia, dominantly importing Semi Knockdown (SKD) parts, has faced in the past.

Indeed, the excise tax revisions maintain a 30 percent rate on vehicles imported SKD, Complete Knockdown (CKD) or Complete Build Ups (CBU), provided that the vehicles are below 1300 horse-power. For vehicles with horse-power between 1300 & 1800 and above 1800, the rate goes up to 60 percent and 100 percent, respectively.

However, he argues that, the indirect impact in terms of shifting buyers from the dominant used-car market is quite valuable to the assembly industry. Ohino argues in his paper that one of the glaring policy gaps in Ethiopian automotive industry has been the lack of appropriate cascading tax structure that offers the right amount of tax advantages to CKD, SKD and CBU cars. He, for instance, raises the need to have proper tax spread between used, CBU, SKD and CKD cars to compensate for additional costs each incur, as opposed to each other and stay competent in market; while noting a minimum of 20-30 percent tax advantage over used cars would be required to attract major international players.

As far as mintesnot is concerned, given the existing duty and tax structure, especially after last July where the government made some adjustments on duty rates facing various players in the automotive industry, local SKD and CKD importers and assemblers do enjoy some 30 to 40 percent tax advantage over both CBU and used cars imported to the country.

This notwithstanding, Mintesnot is also convinced that the SKD and CKD operation and CBU and used car imports do exhibit significant costs variation as the earlier need a minimum of 200 workers to sustain while later can make do with just 5 to 10 workers. Reflective of all this factors, he says the market price between SKD and CKD and those of CBU and used cars is adequately differentiated to attract buyers to SKD and CKD cars.

For Melkamu Assefa, Marathon Motor Engineering CEO & Managing Director, automotive industry competitiveness is about volume, volume and again volume. “SKD operation is not as simple as some of the setups we have in Ethiopia, it is much bigger and needs a lot of technology transfer. For one, a good SKD operation is not necessarily about assembling few models, but about accumulating technical ability to assemble a mix of models from latest models to trucks and minibuses in a single setup,” he said.

This, according to him, is the most challenging part since each type and varieties of models have their own quality standards which should be adhered to strictly. “This takes significant amount of investment and time,” he told The Reporter via phone interview. According to him, all these affect the volume of the operation, which in turn are critical to bring down cost of production and hence sales price.

Ohno concurs, arguing that a demand below 200,000 cars a year is not in any way ready to see the emergence of a strong automotive sector and other supporting industries. As far as he is concerned, the big global players could take the leap to a new market unless and otherwise annual car demand for that new market is close to a million cars a year.

“Being one of the top five elite brands around, Hyundai, together with KIA, is currently rolling out 7 to 8 million cars a year, something difficult to achieve in a single African market at this stage. This is where regional agreements like CFTA comes in handy, as combined demand of regional and continental markets could finally make a business sense for the big players to consider,” Melkamu said. For him, even at a local stage volume, it could also be the key to bringing down the price of automobiles and encourage healthy demand growth. “If you take Marathon Motors right now, we have an installed capacity of 10,000 cars a year and 36 a day; nevertheless, currently, given the severe foreign currency shortage we are not even doing 1000/year,” he noted, adding: “If we can achieve 10000/year the price of our cars can easily see 20 to 25 percent price decrease without the effect of taxes or any other external factors,” he concludes.

For now, the option for Tsehay and her kind looks to be limited with the used car market in turmoil and local assembled cars unable to meet the overwhelming demand they have backed up over the years. In case of Tsehay she says considering a further credit could be her only option to catch up with the market and buy a car so that she can repay her debt. 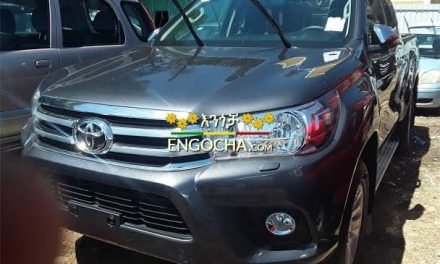