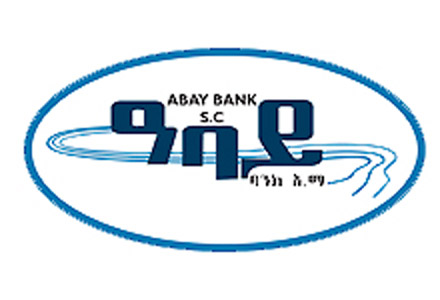 Abay Bank, one of the youngest banks, has joined the race to build the next large bank headquarters with an investment of 827 million Br, following the lead of a host of other private banks.

To be completed in the next four years, Abay’s headquarters will rest on a 1,600Sqm plot in Lideta District. The 26-storey building will have offices, a meeting facility and a parking space that can accommodate up to 150 cars at any given time.

For the design and construction of the building, the Bank hired China Wu Yi, a Chinese construction and engineering company, which was previously awarded the contract to construct the headquarters of Cooperative Bank of Oromia, Zemen Bank, the Daye-Chiri-Nansebo road and a 48Km road from Afdera to Erebti intersection.

The contractual agreement was signed last Thursday, May 2, 2019, at a ceremony held at Intercontinental Addis Hotel. Yehuala Gessese, president of the Bank and Cai Hailong, representative of the Chinese firm, were the signatories.

Leased from a third party this fiscal year, the land is located around Mexico Square close to Hotel D’Afrique, a little set aside from the financial district that is becoming the hub for most banks and insurance companies.

So far Awash, Wegagen and Dashen banks have inaugurated their headquarters, while Bank of Abyssinia has acquired a building from Saca Plc. The Commerical Bank of Ethiopia, Nib, United, Zemen and Oromia banks have also progressed in the construction of their headquarter buildings.

Bunna has started the process of building its headquarters, while Cooperative Bank of Oromia has hired a Chinese firm that will be constructing its temporary head office until it builds its own.

Abay Bank is currently headquartered in rented space on Zequala Complex on Jomo Kenyata Street, near the United Nations Economic Commission for Africa (UN-ECA). The Bank spent 72 million Br on rental expenses in the last fiscal year, a growth of 13 million Br from the preceding year.

Two consultants, Hiyaw Terefe (PhD) and Wubshet Jekale (PhD) assisted the Bank in preparing the bidding documents and selecting the construction company, according to the president.

China Wu Yi sealed the deal with Abay Bank after vying against 12 other companies that passed the technical evaluation out of 14 companies that responded to the initial tender last year.

“We are also planning to build regional headquarters in Dessie and Bahir Dar [both in Amhara Regional State],” said Yehuala.

A civil engineer at Adama Science & Technology University, recommended that it would have been good if a local firm was engaged with the design of the building.

“Though it is cost-effective to allow one company to manage both the design and build,” said Biruk Abate, “the Bank could be challenged for forex, as the foreign firm will be receiving payments in foreign currency.”