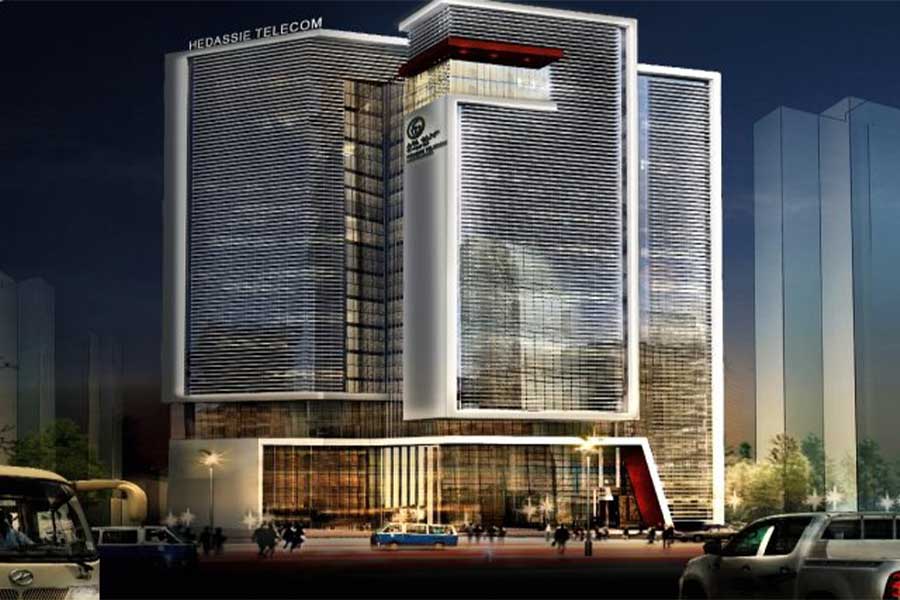 Hidase Telecom, a local telecom products and services distributor, started the construction of a mixed-use headquarters and business complex for an estimated half a billion Birr investment.

The headquarters, which will be built in the Hayahulet area will have 19 floors and four basement levels. To rest on 1,500Sqm of land, the building is planned to be completed within three years.

Anchor Foundation Specialist Plc, a local firm specialised in foundation works, started the construction of the shoring in November. Anchor, which is known for building the United and Nib bank headquarters, Marriot International Hotel and the Addis Abeba Light Railway Transit Qality Terminal, is expected to complete the shoring this month.

BKW Consulting Architects, Planners & Engineers Plc, another local firm that has been in business since 2003, is involved in architectural and engineering activities and is also supervising the project. The contractor for the structural part is expected to be hired soon, since the company floated a tender calling for interested companies.

Initially, the project was awarded to Tekleberhan Ambaye Construction (TACON) a year ago, but due to the underperformance of the construction firm, the management of Hidase terminated the contract in April 2019, according to Gosaye Demissie, CEO of Hidasie, which was established nine years ago by former employees of Ethio telecom laid off during a restructuring.

Established with an initial capital of 200,000 Br and 2,508 shareholders, Hidase currently has 4,500 employees and declared 497 million Br in revenues and 52 million Br in net profit in 2019. It engages with the distribution of mobile prepaid cards, SIM cards, bill collection, vehicle maintenance and sales of mobile phones and parts.

TACON received 18.3 million Br as a downpayment but only undertook work worth six million Birr, according to Gosaye.

Last May the company instituted a suit at Federal High Court against Lion International Bank S.C., which provided an unconditional bank guaranty for the contractor.

Delays in securing a construction permit constrained the company from commencing construction on time, according to Merg Kahsu, deputy CEO of TACON.

“It took us three months to acquire the license,” he said. “The design modification, onshoring work and boundary issues were also additional factors that led us to underperform on the project.”

TACON took the case to court, suing Hidase for terminating the contract and allegedly failing to consider the challenges faced by the construction company.

After terminating TACON’s contract, the company floated a tender to hire another firm. But the attempt bore no fruit, since only two bidders participated in the process. Last month the company re-announced the bid for the second time.

Aimed at minimising the rental cost the company spent by constructing its own headquarters, the management plans to secure a loan for the finishing works of the building, according to Gosaye.

Hidasie Telecom, which spends eight million Birr annually on rent, plans to finance the structural works from its own balance sheet.