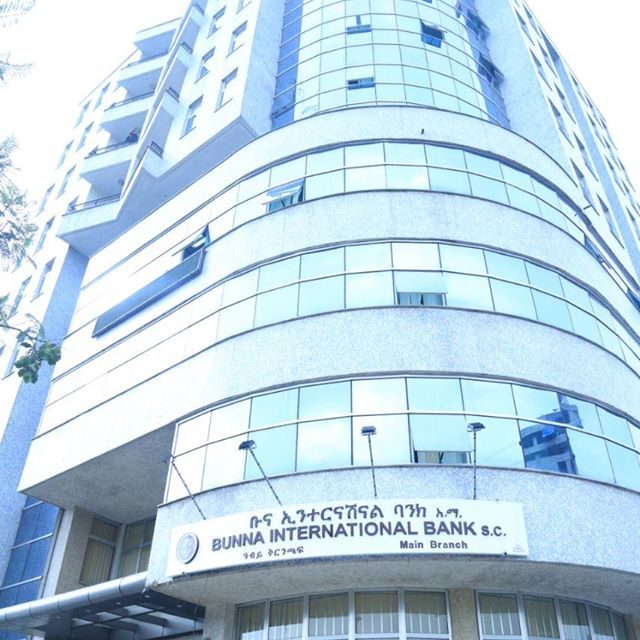 Bunna Bank bought an eight-storey building with a terrace and basement located near Africa Avenue. The building was owned by B&B Trading Plc, which sold it to support major expansion plans in other ventures of their trading company. The Bank bought the building without a bidding process.

“We had a major expansion plan for our three businesses,” said Gizaw Yergaw, deputy CEO of B&B Trading Plc.

One of those companies, E-Phanos, has a factory located in Dukem town that has started producing educational software called Scholar E-Publisher in response to the Novel Coronavirus (COVID-19) pandemic. The software cover the subjects of biology, chemistry and physics from Grades 7 to 10 with a comprehensive collection of lab exercises, lectures and tutorials. It became available in the bookstores in Sidist Kilo, Arat Kilo and Merkato after receiving approval from the Ministry of Education.

Another company, GNM Garment, which is located in the Lebu area, used to specialise in tailoring shirts. However, since the COVID-19 pandemic, the factory has been repurposed for the production of masks by the Addis Abeba City Administration for free in order to assemble 500,000 masks on a daily basis. It is currently making 200,000 masks a day.

Bunna Bank, which spent 123 million Br in rental expenses for its headquarters and branches, moved into the new building three weeks ago. The Bank that had been headquartered in Arat Kilo in a five-floor office space and a ground floor branch location on the roundabout is working toward moving its main branch to this building.

In the last fiscal year, the Bank, which netted 461.4 million Br in profits in the previous financial year, acquired a three-story building in Bahir Dar, the seat of the Amhara Regional State, for 86 million Br.

The new headquarters building of Bunna Insurance, which is located near the African Union, was also acquired without a bidding process like the Bank’s new head office.

The insurance company, which was previously headquartered in Arat Kilo in a three-floor office space, has now moved into a six-floor building with a basement at its disposal. The building was owned by B&B Kitfo Trading with the management headed by Gizaw Zergaw. The building was completed back in 2006.

The insurance company netted 26.8 million Br in profits and spent 9.1 million Br renting its headquarters and branches in the previous fiscal year.

Aside from the plots of land designated as a financial district in the Stadium and Mexico areas, the City Administration has begun allotting land to all banks without a bidding process.