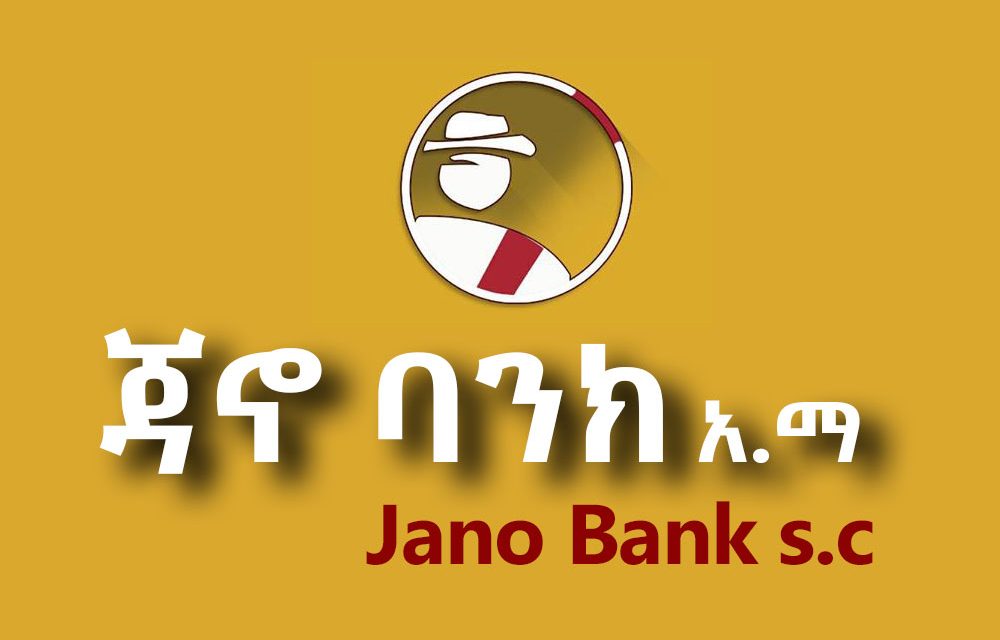 Jano Bank, a new investment bank under formation, has started selling shares after getting a green light from the National Bank of Ethiopia (NBE).

After securing the pre-license on March 11, 2020, the Bank started selling shares on March 18, 2020, joining the more than a dozen banks that are currently selling shares, including Amhara and Goh Mortgage banks.

Zenabu Belay, co-owner of Belayab Motors and Belayab Cables; Shiferaw Habte, founder of Wub Water; and Alemayhu Kebede (PhD), former president of Debre Tabor University, are among the founders of the Bank. The founders plan to have a paid-up capital of two billion Birr within five months and aspire to be operational by the end of 2020.

The documentation of the Bank, such as its business plan, market study and strategy, are handled by the four consulting firms owned by the founders. The Bank has set up an office on Cameroon St., in the capital, across from Edna Mall, and opened its doors on March 4, 2020.

The Bank, which has 25 founders from a selection of academic disciplines and business backgrounds, was scheduled to hold an official launch on March 22, 2020, however, it postponed the launch due to the Novel Coronavirus (COVID-19) pandemic.

Chaired by Menegsha Adamasu (PhD), the former president of Gondor University, the Bank has set its shares at a par value of 1,000 Br. The shares have been made available at all of the commercial banks, including the Commercial Bank of Ethiopia (CBE).

The Bank, which intends to focus on providing financing for housing and big new ideas, has set a five share minimum and a 100,000 maximum that a shareholder can purchase. It also plans to avail short, middle and long-term loans for the diaspora to buy a house after they deposit five percent to 10pc of the total value.

The Bank wants to pursue the untapped markets of idea financing and syndicated loans, according to Mengesha.

“In collaboration with other banks, we intend to invest in long-term projects and avail loans, especially to the agricultural sector,” he said. “We have lowered the minimum number of shares to make them affordable to the working class.”

Initially, the founders planned to sell all two billion Birr worth of shares in three months. However, due to the pandemic, they had to extend the time to six months, according to Mengesha.

Jano will join the 16 private and two public institutions that currently make up the banking industry. The industry has a total capital of 103.2 billion Br, 55.8pc of which is held by the public banks, while 44.2pc is held by private institutions. The total number of bank branches in the first half of the fiscal year stood at 6,040, with one branch serving an average of 16,335 customers.

“We aren’t afraid of competition. In fact, the more the country is exposed to banks, the quality of service and the coverage will increase,” said Mengesha, “We have a different strategy model compared to the other banks.”

The Bank also plans to invest 20pc of its paid-up capital in innovative ideas and companies.

Traditionally, investment banks in Ethiopia resemble the Development Bank of Ethiopia, which invests in manufacturing and long-term projects. Modern investment banking, however, is focused on selling shares, bonds, treasury bills, and providing analysis and consultation, according to Abdulmenan Mohammed, a financial expert based in London with over 15 years of experience.

“Investment banking is not practical under both definitions. It’s way too risky, especially for a new bank, as it requires more experience,” he argued. “With the modern definition, there is no market for it in the country right now.”

Inflation, coupled with the time that long-term loans require, will put the Bank in a tight spot under any conditions, and it is very risky and impractical, according to the expert.

“The struggle of the Development Bank of Ethiopia is the best example for this,” he said. “And it’s only a matter of time before they transition into becoming a commercial bank.”