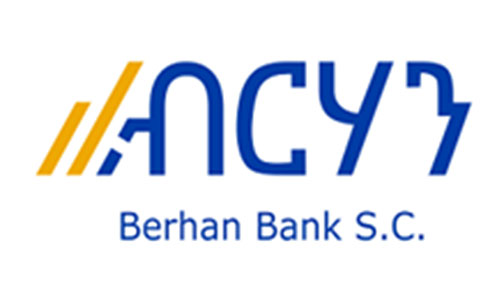 Berhan Bank reported in it’s 11th annual ordinary shareholder meeting, that the bank’s total deposit reached 16.6 billion birr, which is an 11% increase compared to the previous year. Total number of depositors of the bank reached 789,000 which was 650,000 showing a 20% increase.

The bank’s expenses grew from 1.6 billion for the previous year to 2.1 billion birr for the current year.

Accordingly, the managed to earn a gross profit 707.5 million birr and a net profit of 553.1 million birr. The Bank’s earning per share (EPS) reached 258.8 birr showing a very small increase compared to the previous which was 246.5.

The bank hired 847 new employees in the year under review making the total number of employees 4,572.