EthSwitch S.C., the national switch operator for the banking industry, is set to roll out several digital payment solutions that will introduce new features. The company has been providing solutions to banks and microfinance institutions since its establishment in 2011, pioneering ATM and POS interoperability in the country.

The new project is estimated to cost over 15 million dollars and will be financed through grants and its own funds. The African Development Bank (AfDB) has recently granted EthSwitch 2.3 million dollars to modernise its payment infrastructure. AfDB has launched the Africa Digital Financial Inclusion Facility programme, which aims to attain digital financial inclusion for the unbanked population across the continent estimated at 332 million. The amount EthSwitch received from AfDB covers 15pc of the project cost and was happily received by the managers.

“We seek such funding to make our pricing low, so customers don’t feel the pain of paying for these services,” said Abel Taddele, project manager at EthSwitch.

The infrastructure expansion aims to boost the digital payment ecosystem, which has been crawling for years now in Ethiopia. Although clients of banks use ATMs in an integrated way, the digital payment system remains fragmented. Each bank has its own platform without being integrated into a national digital payment clearing centre. According to Endashaw Tesfaye, deputy CEO of MOSS ICT Consultancy, bank-to-bank transfers might take days to complete in the absence of such a digital centre.

EthSwitch wants to see this change, with the initial phase of its project aiming to achieve real-time retail payments, according to company executives. They want to see a clearing and settlement system implemented that will allow customers to make interoperable retail transactions that banks will be able to process instantly. Along with settlement and clearing, fraud monitoring and dispute management systems are key features in the design.

EthSwitch aspires to set up a transaction method by which customers can make transfers without knowing the recipient’s account number. This is through an alias-based system that banks can collectively set up.

The second element in the expansion is a payment gateway with online, local, international and QR code-based payment gateways and systems. The establishment of these payment gateways will activate a push payment system compared to the existing ones in which vendors or service providers pull payments or use account-to-account transfers instead.

Since the push payment is entirely user-authorised, it will cut down the frequency of disputes as well as interchange fees, according to Abel.

The Bank of Abyssinia has already initiated a similar international and local e-commerce payment gateway.

The Bank has availed a gateway that online vendors can use to receive payments locally and internationally. Experts in the industry see payment gateways as cornerstones of digital technology, especially with eCommerce. Integrating payment gateways to e-commerce sites allows customers to make payments without communicating confirmation manually, which has been the trend thus far.

Abel appreciates the initiative to expand such services, and he predicts a time will come when EthSwitch’s gateway will not be sufficient.

“We’ll need not one or two but several payment gateways,” he told Fortune.

EthSwitch aspires to provide a platform for shared wallet and digital channels, enabling financial institutions to join the interoperable digital payment environment without acquiring a separate system. Not only do banks spare themselves from duplicity and cost, but they use foreign currency efficiently.

The investment that would have been put into technology products can now be invested in awareness creation and operational costs, which will in turn raise the adaptation rate of customers, according to Endashaw.

This is not the first attempt by EthSwitch to enable interoperability between different digital payment systems. It has been running a pilot programme using its primary switch system for a few months. During its incorporation, 16 banks, including the National Bank of Ethiopia (NBE), raised 80.5 million Br in equity to become shareholders of EthSwitch. New banks joining the industry are obligated to join EthSwitch as well.

“It’s in their best interest to work with EthSwitch; otherwise, they’ll be stranded in their own customer ecosystem,” stated Abel.

The new infrastructure has robust operability, executives in the company believe.

The number of digital payment outlets is increasing rapidly with the entrance of non-financial operators as well as dozens of banks under formation, in addition to the existing 18 commercial banks. EthSwitch eyes business partners outside of the traditional banking industry, hoping to woo new entrants in the digital payment industry that emerged after the central bank issued a directive in May 2020. Non-financial institutions are now allowed to operate as payment instrument issuers and payment operators. Several companies such as ArifPay and SunPay Solution are joining the industry.

However, the culture of using digital payment systems remains low.

“The government is the biggest buyer and seller,” said Endashaw. 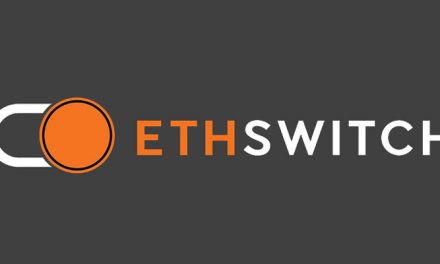