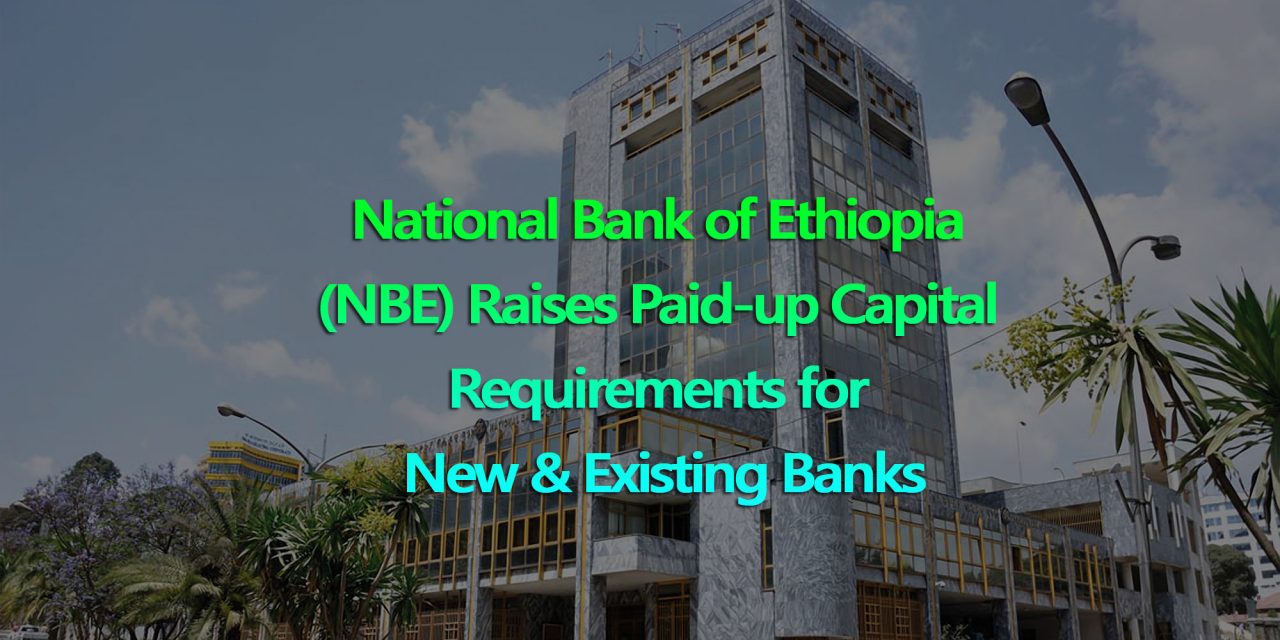 The National Bank of Ethiopia (NBE) has directed new entrants to the banking industry to increase their paid-up capital to 5 billion birr 7 seven years.

Currently, 20 banks are under-formation, another four are waiting for an approval from the NBE.

Except for Amhara Bank, which has collected six billion birr paid-up capital prior to its general assembly, almost all new entrants have sold shares worth below one billion Birr.

The new rule introduced by the NBE marks the end of the half a billion Birr minimum paid-up capital requirement that has been in place for over a decade.

Industry insiders welcomed the decision of the Bank, highlighting the importance of increasing capital to avoid the economic costs of banking crises and enable banks stay solvent.

“It is better late than ever. It allows the bank lend more because it will increase their single borrowers limit, which should be 25 percent of their paid-up capital. So when they increase their capital, it means they can lend more,” said Worku Lemma, a Banking Expert with over two decades of experience.

As of now, there are 19 commercial banks, of which 10 joined the banking industry a decade ago and another two were licensed just last year. Awash is the most capitalized private bank in Ethiopia, having a paid-up capital of 5.8 billion Birr.

During the same period, Debub Global and Addis banks were the least capitalized in the banking industry, with a paid-up capital of almost one billion Birr. “The late entrants might be challenged to meet the requirement within five years. They should consider merger to increase their paid-up capital and boost their capacity,” said Worku, who recommends the NBE follow the progress of banks every year and even apply forced mergers, if necessary.