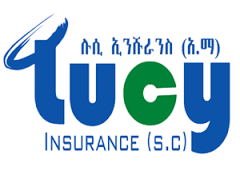 The Firm’s profit growth has considerably slowed down during the past fiscal year, contrary to the solid earnings the Bank registered for three years after its foundation.

The shareholders’ returns have also dropped by 20 Br to 146 Br in the past fiscal year chiefly due to the 20pc expansion of paid-up capital, reaching almost 100 million as of June 2017.

“Unless profit growth keeps up with capital increase, further reduction in earning per share (EPS) is inevitable,” said Abdulmenan Mohammed, a financial expert and accountant with 15 years of experience in UK and Ethiopia.

Mesfin Tefera, a board chairperson of the Firm who was recently alleged of corruption while serving as a deputy CEO of Ethiopian Shipping & Logistics Service Enterprise (ESLSE), described the reporting period as a successful year despite the drop in performance.

“The latest profit reveals that there was some growth in the past year,” he remarked, in his message to the shareholders in the annual report of the Bank, although he did not attend the Firm’s last general assembly.

The major driver behind modest profit growth is an increase in underwriting surplus, and massive surge interest income accompanied by soaring staff and general administrative expenses.

The underwriting surplus- the difference between the written premium and paid claims- has reached 18.7 million Br, showing eight percent increase from the previous fiscal year.

Its earnings from time and current deposits surged by a staggering 45pc to 12 million Br. Lucy has also earned 1.19 million Br from its investments in four banks including Debub Global, Addis, Bunna and Abay banks.

The gross written premium has also increased by 54pc to 115 million Br, of which 19pc has been transferred to reinsurers. This helped the Firm improve its rank in market share from 15 to 13, surpassing Ethio Life, Berhan and Global insurance companies.

Also, the retention rate- the amount of premium retained by the Firm- has slightly decreased by two percentage points to 81pc, enabling it to earn a commission of eight million Birr from reinsurers, an increase of 80pc.

“The retention ratio of Lucy is outstanding,” said Abdulmenan.

The increase in gross written premiums and higher retention rate has resulted in massive claims.

Paid claims have soared by over 100pc to 48.18 million Br, of which 80pc were expended to settle a claim of motor insurance policyholders.

The massive increase in claims has undermined the benefits obtained from increased gross written premium and higher retention rate.

“This may have been due to high-risk customers,” said Abdulmenan. “Lucy should strengthen its risk management procedure for high-risk price customers.”

Expansion in the insurance business is also accompanied by a surge in direct operating and commission expenses.

Direct operating expenses have increased by 34pc to almost 10 million Br and commissions paid have also gone up by 69pc to 8.13 million Br, representing seven percent of the gross premium.