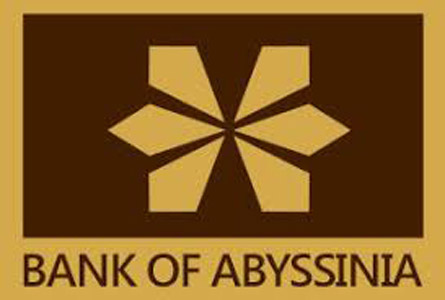 Bank of Abyssinia (BoA) posted the fastest profit growth in seven years owing to the huge improvement in revenues from financial intermediation, making it the third most profitable private bank in the country.

It is an achievement for the Bank considering its profit growth had been slowing down until 2015.

The 21-year-old Bank declared a net profit of 534.7 million Br, a 43pc increase from the previous fiscal year, while its earnings per 25 Br share (EPS) increased to 9.4 Br from eight Birr.

“Both profits and shareholders’ returns are very impressive,” said Abdulmenan Mohammed, a financial analyst and accountant with over 15 years of experience in the UK and Ethiopia. “Shareholders of BoA must have been delighted with such an accomplishment.”

After Cooperative Bank of Oromia (CBO) and Nib Bank, the growth is the third highest amongst private banks, registering a 33pc rise in aggregate profits to eight billion Br in the past fiscal year.

The management of the Bank links the positive performance to its strategic plan drafted jointly with Deloitte Consulting Plc, hired two years ago to overhaul the Bank’s entire structure.

“Our strategy, devised to take full advantage of market opportunities and attain better growth year on year during the planned period, has yielded these results,” according to Mulugeta Asmare, president of the Bank.

The board chairman of the Bank, Messeret Taye, in his message to shareholders, also described the reporting period as a fruitful year.

“Despite the complexity of operating in a rapidly changing banking environment, customers’ expectations and behaviours, tightening regulatory requirements and stiff competition, we have managed to realise a notable accomplishment,” he said.

Abyssinia also managed to narrow its variation in proceeds with the second most profitable Bank, Dashen. Two years ago, the latter’s net profit was 375.8 million Br lower than the former’s. This year, however, the difference plummeted by almost half to 186.8 million Br.

Hailu Mekonnen, CEO of Nile Insurance, an influential shareholder of BOA, is amongst those impressed by the Bank’s latest performance.

“It is very encouraging,” said Hailu, whose company owns shares worth 106.2 million Br in BoA.

Looking at its financial report, a huge improvement in revenues in financial intermediation and other banking activities have significantly contributed to the positive performance of Abyssinia.

Its interest income has soared by 45pc to 1.59 billion Br, whereas gains from foreign dealings increased by 21pc to 202.68 million Br. Service charges and commissions have also surged by 60pc to 561.16 million Br.

“The pace at which the Bank’s revenues are growing is amazing,” said Abdulmenan.

More growth in income earning activities is expected as the Bank has already received the green light from the central bank to embark on interest-free banking services.

The revenues and expenses have grown parallelly by almost 46pc.

The bulge in major expense items was due to the increase in the cost of funds, overhead costs, implementation of new salary scale as well as depreciation, according to the reasons listed out by the board of directors while reporting the  Bank’s latest performance to its shareholders.

BoA has expended 599.4 million Br in interest, an increase of 32pc, 615 million Br in salaries and benefits, 58pc up from the preceding fiscal year and 362.5 Br as a general and administrative expense, a 27pc rise.

“Even though the growths in total expenses and income have been similar, the management of BoA should keep tabs on the massive increase in staff and general administration expenses,” Abdulmenan noted.

Provision for doubtful loans and advances, the money put aside in case of loan default, have soared by five folds to 96.7 million Br.

“At any rate, such surge is shocking. The management should investigate the cause of this increase,” said Abdulmenan.

Yet, this does not seem to worry the Bank’s CEO.

Meanwhile, the total assets of BoA have expanded by 50pc to 25.32 billion Br- the third highest amongst private banks.

It has also disbursed loans and advances of 14 billion Br, an increase of 74pc and mobilised deposits of 20.7 billion Br, 52pc up from the past fiscal year. Hence, the loan to deposits ratio (LDPR) at Abyssinia has increased to 67pc from 58.8pc.

“BoA has increased its LDPR to the industry level by providing huge loans, for which the management should be appreciated,” remarks Abdulmenan.

Nonetheless, the share of its liquid resources from the total asset has declined from 18pc to 13.6pc although it has improved in absolute terms.

Cash and bank balances have gone up by 11pc to 3.4 billion Br, while its liquid assets to total deposits ratio has also dropped to 16.6pc from 23pc

“Such decline must have been due to increased loans and advances,” Abdulmenan remarked. “BoA should take extra caution against a further slump in liquidity.”