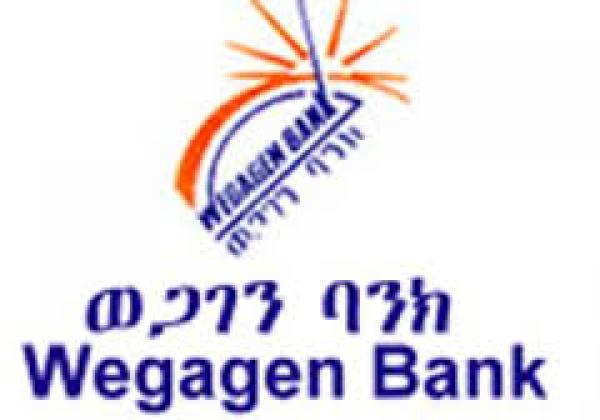 Wegagen Bank recorded an increase in net profit earnings by 42pc to over half a billion Birr, primarily owing to a surge in gains from foreign exchange. Its latest performance marked a trend reversal of declining profits over the past four years; although profit had been growing slowly, it was lower than its peers.

The Bank- whose strategy was to build its capital-  had reported a passive profit growth compared to the average profit growth rate by all banks for half a decade until 2015/16, even though its paid-up capital doubled.

In the past fiscal year, the Bank also managed to improve the return paid to shareholders, boosting its earnings per share (EPS) by 58 Br to 280 Br. This is a comeback for Wegagen whose dividend is the highest in four years and almost equal to the industry average.

The improvement in EPS is due to a rise in profits after tax coupled with slower capital expansion.

“The decision to slow down capital growth is a wise one,” said Abdulmenan Mohammed, a financial expert with 15 years of experience in the UK and Ethiopia.

The shareholders of Wegagen pumped over two billion Birr paid-up capital as of the end of the preceding fiscal year. The Bank was able to achieve the target set by the central bank, next only to Awash.

Wegegan, with over 2,350 shareholders, has invested billions in acquiring assets over the past half-decade despite slow profit growth and a slump in EPS.

Just two months ago, it inaugurated its 820 million Br headquarters which was under construction for six years. Additionally, a month ago, the Bank replaced its decade-old core banking solution to boost its database system capacity.

Not only in terms of capital but the Bank is also amongst the leading profit earners in the country. Last fiscal year’s performance enabled Wegagen to maintain its third position among all private commercial banks.

The positive increase in profits is linked to its achievement in financial intermediation in the previous budget year.

Interest income on loans and advances, treasury bills, central bank’s bonds and other deposits have gone up by 31pc to 1.3 billion Br, while earnings collected from non-interest income generating activities stands at 798.2 million Br.

Gains made from foreign exchange transactions, mainly from swift customers, played a pivotal role in raising the Bank’s income, hence its profits. The Bank’s income from forex dealings has swelled by 65pc to 526.9 million Br.

Contrary to the trend observed in the banking industry, Wegagen has had a very good performance in foreign exchange dealings over the past half-decade, the highest in the private banking industry last year.

Also, it has earned three to five folds of the average amount registered by its nearest competitors. Awash and Abyssinia banks gained 268 million Br and 202 million Br from foreign currency.

“This is impressive,” said Abdulmenan.

The success was achieved despite the intense competition amongst all banks to attract remit customers, who prefer informal channels over banks to transfer money.

“The fact that our foreign exchange mainly comes from swift service, instead of remittance, helped us attract corporate customers who transfer millions of dollars,” said Fekiru Woldetensae, Marketing & Corporate Communications director of the Bank.

Not only in foreign exchange, but Wegagen has also succeeded in increasing earning from service charges and commissions for four years in a row, going up by 44pc to over a quarter of a billion Birr.

The swell in Wegagens’ income was followed by a modest expenditure, against the trend observed in the industry. It paid interests of 466.8 million to its customers at its 239 branches, while spending almost 382 million Br for general and administrative costs.

Yet, the two-decade-old Bank has maintained a provision for doubtful loans, advances, and other debts at 42.64 million Br, showing a three percent decrease. The level is quite similar to that of its peers.

It has also expanded its balance sheet very well. It has disbursed loans and advances of 10.2 billion Br, an increase of 36pc and mobilised deposits of 15.6 billion Br, 32pc up from the past fiscal year.