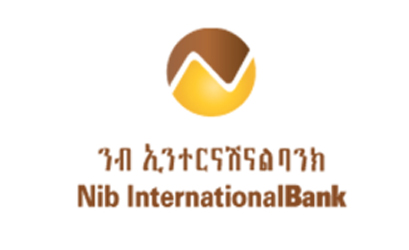 Nib International Bank (NIB)- one of the mid-sized banks- posted a solid earnings’ report for the past fiscal year declaring the highest growth in profit and shareholders’ returns in six years.

The Bank’s net profit bumped up by 45pc to 516.4 million Br in the past fiscal year while its shareholders’ return increased by 22pc to 157 Br.

The 18-year-old company was able to reverse the trend of a much lower profit growth than its peer banks and the banking industry’s average.

“Considering the challenges and the practical governing situations that exist in the banking industry, our overall performance is believed to be commendable,” his statement reads.

Not only the Chairperson but the shareholders also praised the latest achievement during the Bank’s general assembly held about a month ago.

“It is a very encouraging accomplishment,” said Yihun Belay, a representative of Hararghe Meredaja Edir.

The primary reason for the increment in profit and shareholders’ returns is attributed to the relatively lower capital injection by the Bank.

The growth in paid-up capital was six percentage points lower than last year, portraying a 19pc increase to 1.8 billion Br. It is the fourth highest, along with Bank of Abyssinia in the banking industry next to Awash, Wegagen and Dashen, consecutively.

“A capitalisation policy that takes shareholders’ interests into account would result in much higher EPS [Earnings Per Share],” said Abdulmenan Mohammed, a financial expert with 15 years of experiences in the UK and Ethiopia.

Further observation of the Bank’s profit and loss account shows that NIB has reported good results in generating income. The growth in revenues outstripped the bulge in expenses, where the latter grew by 36pc, and the former registered a 30.3pc expansion.

“The growth in total income is remarkable,” Abdulmenan remarked.

NIB performed well in financial intermediation operations. Its interest on loans, advances and NBE bonds has increased by 31pc to 1.3 billion Br.

Despite the difficulty to get foreign currency due to a slump in export earnings and remittance, NIB managed to raise its income from foreign exchange dealings by 20pc to 95 million Br, although far lower than its closest competitors.

Its peers, Wegagen and Bank of Abyssinia, reported a foreign exchange gain of 527 million Br and 202 million Br, respectively.

“The challenge to get forex was extreme,” said Kibru Fonja, president of Nib, explaining his Bank’s efforts to fetch foreign currency.

Also, a look at the income statement of the Bank shows that interest expenses have gone up by 35pc to 530.7 million Br.

Salaries and benefits have increased by 33pc to 387.3 million Br. In the past fiscal year, the Bank hired 941 employees, raising its staff strength to 3,681, while 329 employees left the Bank for various reasons.

“Employee engagement continues to be an area of priority,” said Woldetensai, in his message to the  Bank’s shareholders.

On the other hand, the bank has invested heavily in acquiring assets in the past fiscal year. It has acquired a nine-storey building for 680 million Br in an auction for the property of Kebede Tesera after an order by the Federal Supreme Court.

Additionally, the Bank is also constructing multi-purpose buildings in Dukem, Hawassa and Hossana.

NIB has invested five billion Birr in NBE’s five-year bond, representing 24.2pc of the total assets and 31pc of its deposits. These proportions are higher than the industry average of 22pc and 27pc.

Abdulmenan believes such proportion is linked to the disbursement of loans and advances with a high turnover.

“NIB should try to reduce this proportion at least to the level of the industry by focusing on loans with lower turnovers,” he remarked.

“The bump in both deposits and loans is chiefly due to the expansion of branches,” Kibru Fonja commented.

The Bank opened 50 new branches across the country in the proceeding budget year, pushing its network to 180.