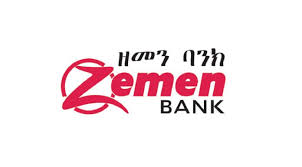 Zemen Bank S.C declared a jump in profits and shareholders’ returns driven by a boost in earnings from an increase in foreign currency dealings.

The nine-year-old Bank registered a 30pc growth in profits to 265.5 million Br, whereas its earnings per share (EPS) increased by 17 Br to 384 Br, four percentage points higher than the industry average.

The latest performance of the Bank is a significant gain as its shareholders’ returns had been declining continuously for three years until 2013 and remained constant in 2014 and 2015.

This is the second year that the Bank reported a successive increase in what goes into the shareholders’ pockets.

“The management should be appreciated for the positive growth registered by the Bank,” said Abdulmenan Mohammed, a financial and audit expert in the UK and Ethiopia.

“Service charge and gains from forex mobilisation were superbly high,” said Tsegay Tetemeke, president of the Bank- whose large chunk of forex comes from the horticulture industry.

The Board of Directors, under the chairmanship of Amare Habe, shares the management’s view.

“Expansion in international banking operations, measured by the growth in foreign exchange inflow, has shown an improvement from 25 million dollars to 30 million dollars, despite the chronic foreign currency shortage in the country,” stated Amare, in his message to the shareholders of the Bank.

Zemen’s earnings from forex are significantly higher than its peers including Lion and Bunna Bank, which have reported 50 million and 98.5 million dollar gains, respectively, from foreign currency in the past fiscal year.

Aside from international banking, the Bank managed to boost earnings from shares, loans and bonds.

Interest on loans, advances and NBE bonds increased by 26pc to 463.19 million Br in the past fiscal year.

An escalation in expenses accompanied the growth in income items.

Interest paid on deposits has grown by 51pc to 294.6 million Br while staff and general administration expenses went up by 27.8pc to a little over a quarter of a billion Birr.

“The growth in operating costs at Zemen is higher than the growth in income. Thus, it needs consideration,” said Abdulmenan.

Yet, this does not seem to worry the Bank’s management who spent 38.4 cents to earn one Birr in the last budget year.

“As the growth in expenditure is lower than income in value terms, it is not concerning,” said Tsegay.

Zemen, whose paid-up capital reached 850 million Br, has maintained a provision of 57.1 million Br for doubtful loans and advances, an increase of 142pc.

“The amount is huge for a bank as small as Zemen that had been hit by massive bad loans and advances just a few years ago,” said Abdulmenan. “Last fiscal year’s surge is very concerning. So, Zemen needs to review its credit management policy.”

The management pins the growth in provisions on the court case it lost to its founders Ermias Amelga and Tekle Almeneh- who managed to win 10 million Br after the Supreme Court’s order in their lawsuit against the Bank.

The case concluded in favour of the founding shareholders four years after they filed it against the Bank demanding 10pc of the Bank’s profits in the past two years with a nine percent interest rate.

A closer look into Zemen’s operational success reveals that it disbursed loans and advances of 3.9 billion Br, an increase of 22pc and mobilised deposits of 7.3 billion Br, 33pc up from the preceding fiscal year. This drop in the loan to deposit ratio (LDPR) from 59.3pc to 54.2pc is a result of expansion in deposits without a parallel growth in loans and advances. It is much lower than last year’s industry average of 67pc.

“In a year when the industry has made a considerable increase in LDPR, achieving such low levels is very disappointing,” said Abdulmenan. “The management of Zemen should work hard to bring the LDPR up to the industry average.”

The drop in LDPR has its drawbacks, causing a surge in liquidity levels at the Bank both in absolute and relative terms.

Cash and bank balances have gone up by 37pc to three billion Birr, whereas liquid assets to total assets and deposit ratios have shown a percentage point increase to 31.3pc and 41.3pc, respectively.

“Zemen has huge unutilised liquid resources. Hence, it should employ these resources to increase its loans and advances,” said Abdulmenan.