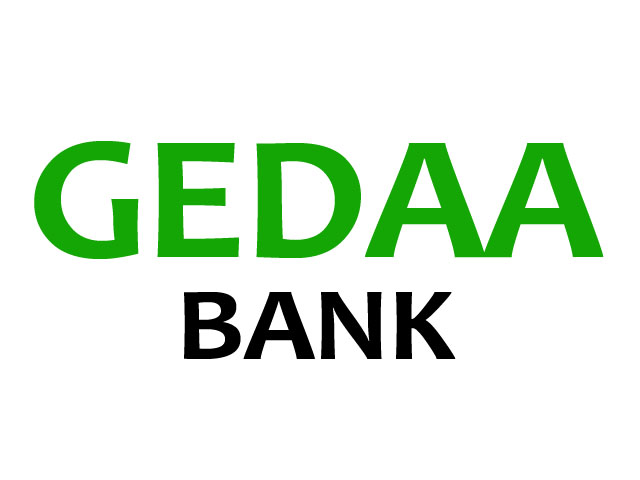 Gedaa Bank, still under formation, has started selling shares after getting approval from the National Bank of Ethiopia (NBE).

Gedaa offered the shares for a public subscription three weeks ago and has sold 50 million Br worth of shares as of last weekend. Gedaa, which aims to raise half a billion Birr in the next six to nine months, has a subscription capital of two billion Birr.

The bank set 20 shares as the minimum amount of shares a buyer can purchase and 100,000 Br as the maximum subscription value. The shares have a par value of 1,000 Br.

Initiated last February by 17 promoters with different backgrounds in banking, university lecturers, lawyers, business persons, investment consultants, representatives from the Geda system and farmers, the Bank has opened an office inside Oromia Building in front of Bole Medhanialem Church.

While buying shares, the shareholders have to deposit 25pc of the total value they bought and pay the balance within a year after the bank becomes operational. The shareholders are also supposed to pay five percent in advance as a promoters’ fee.

One of the priorities of the Bank is allocating share to farmers, according to Wasihun Amenu, board chairperson of the bank, which is named after the traditional social stratification system of people from Oromia Regional State.

“Displaced farmers have not been able to use their compensation wisely and have failed to provide for their families after their relocation,” Wasihun said.

NBE has provided the company with a pre-establishment license following Gedaa’s application, which included depositing the fully subscribed share minimum of 75 million Br from founding shareholders, minutes from the founding shareholders’ general meeting, a list of the elected board of directors and the approved articles and memorandum of association.

Once the Bank reaches the initial paid-up capital, half a billion Birr, the bank will secure a license and will get a commencement letter from NBE. The regulatory bank will then conduct a field inspection and proclaim that the new bank is ready for operation.

If it gets an approval from the central bank, Gedaa will be the 19th bank in the country and the 17th private commercial bank.

The Bank is attempting to join an industry that has seen a 23.6pc spike in deposit mobilisation in the last fiscal year and disbursement of 115.4 billion Br in new loans, which is a 5.9pc growth from the preceding year.

Currently, there are 35 microfinance institutions and 17 commercial banks that are operational and regulated by the central bank. Another bank that was in the process of formation, Dallol Bank, appears to be stuck for different reasons.

The banking sector in Ethiopia is a highly profitable area with a good return on investment, according to Wasihun.

“Our feasibility study shows that there is a huge service demand gap,” Wasihun said.

The banking industry has shown massive growth over the past decade. Deposit mobilisation alone showed a 50-fold upsurge compared to the rate registered in 2008.

The new bank will join an industry that is expanding, struggling with liquidity and competitiveness, with increasing costs and declining returns to shareholders in a time of political and economic uncertainty, according to Abdulmenan Mohammed, a financial expert with a wide range of experience.

“No doubt, the entrance of a new bank into the industry coupled with these situations will not only increase the competition and reduce the returns of the industry, but it also might take time for newcomers to set foot in the industry,” commented Abdulmenan.

Enat Bank was the last to join the banking industry. Commencing operations with a paid-up capital of 123.6 million Br, Enat netted 158.8 million Br in profit last year, a 42pc increase from the previous year.

Its predecessor, Debub Global, also registered a positive profit for four consecutive years after recording a loss of 14.3 million Br during its first year of operation. In the past fiscal year, the Bank amassed a net profit of 106.6 million Br – showing a 153pc spike from the previous year.

Within a year of commencing operations, the management of Gedaa Bank plans to pay the subscribed capital [two billion Birr] fully, according to Wasihun.

Raising capital of two billion Birr is not only unrealistic but also an unwise financial decision, according to Abdulmenan.

“In the early years of operation, banks operate either at a loss or break-even or with low profits,” he said. “The profit increases gradually.”

So having a considerable capital when commencing operations would considerably extend the time needed for a decent level of return to shareholders, according to the expert.

The expert also recommends incremental capitalisation as the wisest way in the banking industry to maximise returns to shareholders.