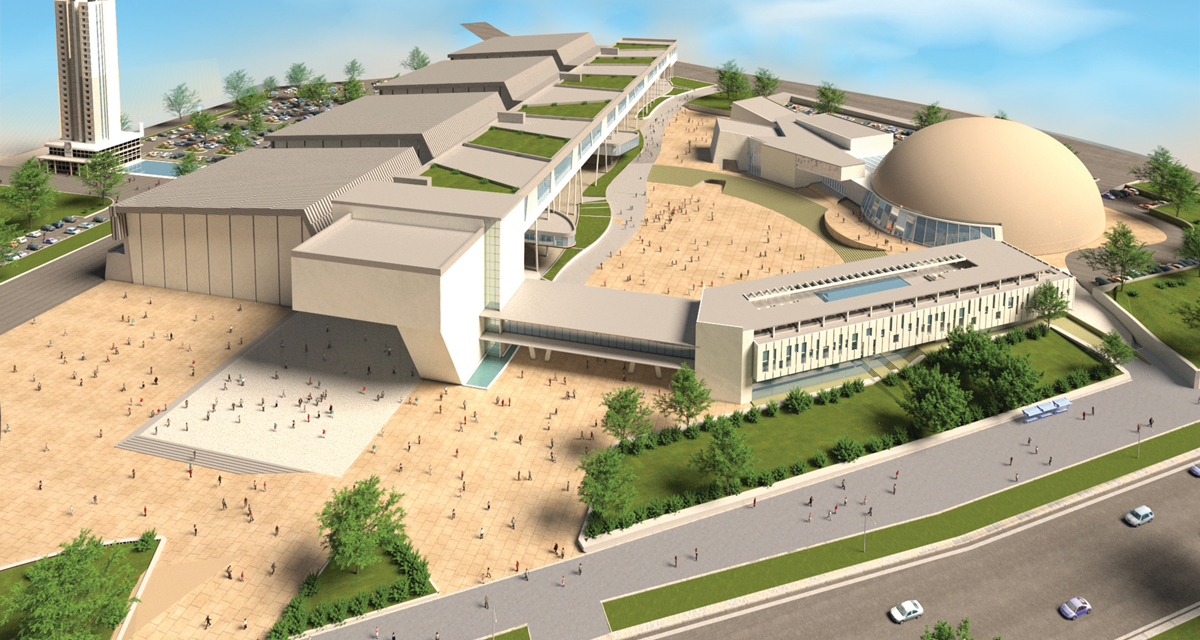 The Addis-Africa International Convention and Exhibition Center S.C. (AAICEC) has completed its first round of share sales. Over 300, 000 shares were floated for sale, and over a period of three years, and were sold at a par value of 1, 000 Br. Out of the capital generated, over 700 million Br has been set aside for the construction of the project’s first phase implementation.

Located in front of the AAICEC is a planned convention and exhibition centre that will include a hotel and other facilities.

The project originated with the Addis Ababa Chamber of Commerce, as a way to attract investment and business into the country. It was incorporated as a share company in 2013 with 20 founding shareholders.

An international bid was issued earlier this month, calling for contractors to undertake the construction of the Phase 1 structures. The bidding will be opened in early January of 2017. Early plans expected the Phase I construction to commence in 2014 and end in 2016.

This is the second bid issued for the construction. A prior international bid was unable to find a suitably experienced, qualified and priced contractor, either locally or internationally.

“Most investors want to see immediate returns,” says Ayalew Abay, manager at AAICEC. “However, much of our focus was on institutional investors. Large institutions, especially financial institutions were reluctant to invest before construction began.”

“They are encouraging other investors,” says Ayalew. “But once more new shareholders become involved, the government will pull back its investment. This is primarily a project for the people of Ethiopia.”

Other shareholders include the Ethio-South Investment Share Company, a group of Ethiopian investors living in South Africa, who own 115,000 shares, and the Addis Ababa Chamber of Commerce, as well as the Bank of Abyssinia.